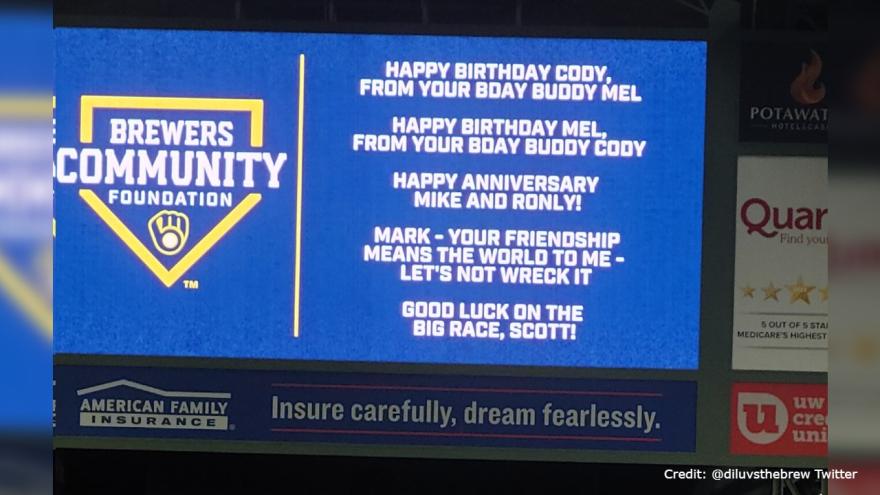 MILWAUKEE (CBS 58) -- A scoreboard message during the Milwaukee Brewers vs. Pittsburgh Pirates game Monday, Aug. 29, caught the attention of fans and players  -- and it's since gone viral.

Right in the middle of cheerful birthday and anniversary announcements came this downer message: "Mark, your friendship means the world to me, let's not wreck it."

Someone got friendzoned hard at the Brewers game... ? pic.twitter.com/ayghlj6EWL

Was it a joke?! Does Mark even exist? We don't know, but it prompted Brewers star Christian Yelich to tweet, "Down 2 in the 8th inning, the dugout looked up, saw this, and said "let's win one for Mark. We go you man."