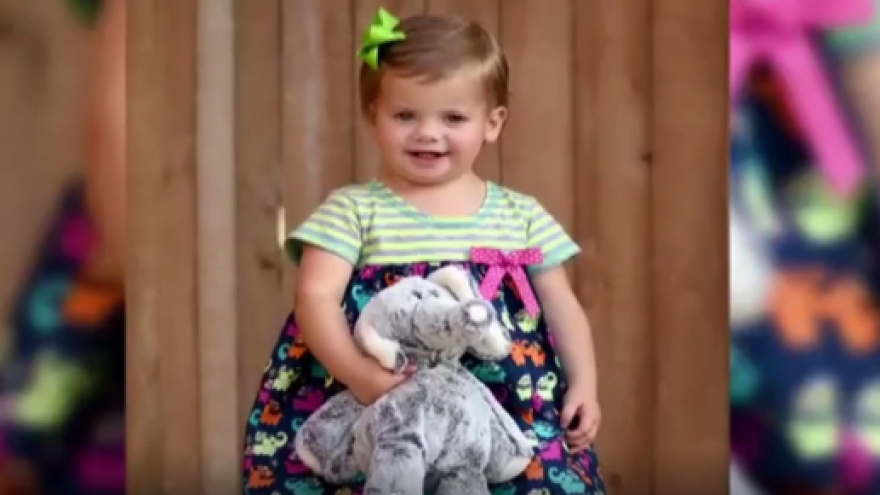 Baby Dylan was born in April and entered into the Buckner Foster Care and Adoption system in Texas. Like many of the children Buckner encounters, Dylan was born addicted to drugs.

The little girl suffered from tremors, sneezing fits, and a high-pitched cry. She had to be put on morphine, and it took three months to wean her off her drug dependency.

As she grows, Dylan may continue to be challenged by developmental delays and attention deficit disorder, reports CBS affiliate KOSA.

Dylan was in need of a special family to take care of her. That's where the Garretts came in.

Patricia Acosta, the foster care and adoption supervisor at Buckner, heard about Dylan's situation and knew the exact family to call. The Garretts had just signed up to foster a child and were looking for a baby to complete their family after having two biological children of their own.

"It was love at first sight," Garrett said. "I felt love for her like the same love that I had when I just laid eyes on my two biological children."

Garrett said she's glad she won't have to say goodbye to Dylan, who became eligible for permanent adoption. "Just a mother's instinct. I just wanted to protect her, love her and take care of her." Just in time for Christmas, the Garrets learned they will become Dylan's "forever family."

Acosta says Buckner currently has 61 children in their foster care program, ranging in age from infants to teenagers. Many of the children in their care were born addicted after their mothers used drugs. Finding families like the Garretts is Buckner's goal.

"It has just been so wonderful to see them from that first day until now at the adoption day. Just being able to meet her needs," Acosta says. "They have just been amazing."