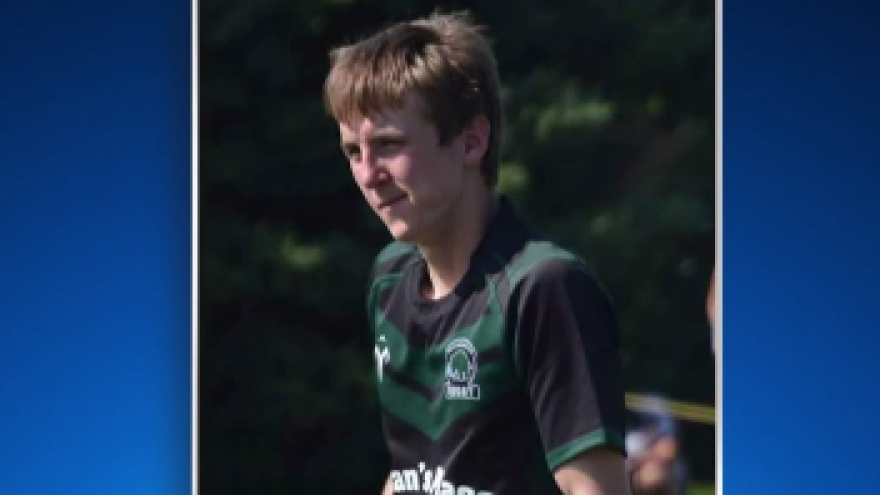 CHICAGO (CBS) — A construction worker died Wednesday night when he became trapped in a manhole in Streamwood while installing a new sewer lining.

The victim was identified as 22-year-old Brett Morrow. Construction worker by day but also an avid rugby player. One of his teammates spoke to CBS 2 by phone.

“Devastating and shocking. Someone so young and so full of life,” said Erik Miller.

“It’s like losing a brother,” said Miller. “He brought so much more than just rugby talent to our team and our community.”

Morrow worked for Benchmark Construction. He was part of a team installing a lining in the sanitary sewer at Park Boulevard and Parkside Circle around 6:15 Wednesday evening.

Streamwood Fire Chief Christopher Clark said a construction crew was installing a lining in the sanitary sewer at Park Boulevard and Parkside Circle around 6:15 p.m. when one of the workers was trapped.

Firefighters entered the 20-foot deep manhole to get to the victim and were able to see his boots. They could not reach him because hardened fiberglass sewer lining material was blocking the pipe.

“That lining or material was bunched up at the bottom of the manhole. So the firefighters were not able to get down the pipe to access him without cutting a lot of the lining out,” said Clark.

It took crews nearly four hours to clear a path to the trapped worker and pull him free, and by that time he had died.

“It took some time to cut the lining material away so that technicians could get to the patient. Then we were able to remove the patient,” Clark said. “It’s very challenging, because it’s a very small space to work in, and there was a lot of safety equipment.

An autopsy is scheduled to determine how Morrow died.

The Occupational Safety and Health Administration also has opened an investigation of the incident, according to a spokesperson for the Labor Department.

The company has not returned calls from CBS 2 for comment.