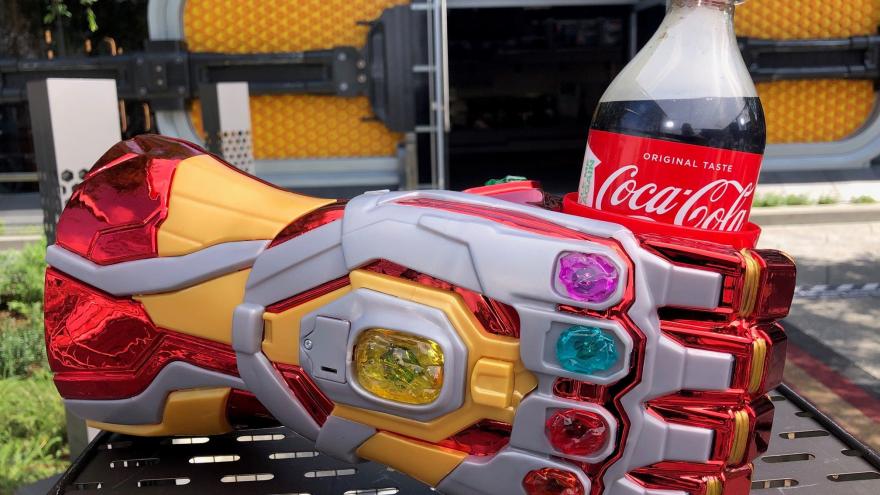 (CNN) -- Delayed but not daunted, Spider-Man, Black Panther and other superheroes from Marvel Comics will debut their new land this week -- mere days before California loosens almost all Covid-19 restrictions.

The Avengers Campus is scheduled to open Friday at Disney California Adventure Park in Anaheim -- almost one year after its target date.

CNN got a chance on Tuesday to preview what's being offered during a media tour.

A mother-daughter team, who say they've seen every one of the Avengers movies, has already bought their tickets for next month.

"I mean, who doesn't love the Avengers?" said Vanessa Valdez while visiting California Adventure on Tuesday. "They're incredible movies. Amazing."

"She (Vanessa) said let's watch them all and I said, 'I want to be cool,' " her mother, Francis Lundmark, added. "We sat there for like six weeks and watched all the movies, from Captain America to WandaVision."

Take a ride with Spider-Man

The centerpiece of the Avengers Campus is WEB SLINGERS, a Spider-Man Adventure.

The ride sends parkgoers on an interactive mission to flick their wrists and snag out-of-control Spider-Bots threatening to wreck the campus.

"It allows our guests to feel like they're slinging webs just like Spider-Man, without any additional joystick or blaster," said Caroline May, creative services director for Disney Imagineering.

"We are using completely innovative technology where we're tracking your movement, 60 photos per second."

The Spider-Man ride and the rest of the six-acre Avengers Campus expanded from the Guardians of the Galaxy Mission Breakout. That's the free-fallin' ride Disney engineers repurposed from the old Tower of Terror, which before looked like the dive home of failed Hollywood actors and actresses.

A distinctive style at Avengers Campus

The new architectural motif here might best be described as neo-Marvel, modern with plenty of homage to the heroes including a glistening Avengers Command Center.

Strange and the rest of the Avengers dressed in costume seem to be in perpetual motion, compared with let's say Mickey Mouse sauntering around Disneyland and stopping for pictures.

Okoye from "Black Panther" leads training workouts with the Dora Milaje, the dedicated bodyguards. Spider-Man climbs the walls, right side up and upside down and flips up to 65 feet in the air.

The Avengers Campus' food is an eclectic mix with a storyline behind each bite and lots of red meat alternatives.

A Shawarma Palace offering up chicken and plant-based wraps is said to be inspired by a discovery after the Avengers Battle of New York.

There's Taneleer Tivan's batch of sweets, including a sugar rush you can hold in your hand, a spiral churro that the Avengers-obsessed mother-daughter team eyeballed along with other snacks.

But the big pan on campus, the largest eatery, is the Pym Test Kitchen featuring Impossible plant-based products.

"Here (eating) is definitely guilt free," said chef James Holmes. "When you are playing on campus and you have that heroic effort, you definitely need to get fed."

The Pym Test Kitchen sprung from the Ant-Man and the Wasp with their history of dramatically shrinking or massively growing things.

There's giant and tiny impossible meatballs, a whopper of a chicken breast on a teeny bun and the gargantuan "Pym-ini sandwich."

That $100 giant on toasted focaccia is meant to be cut up to feed six to eight people and is filled with ham, provolone cheese, salami, sun dried tomato and comes with a marinara dipping sauce.

There's a regular sized version of the Pym-ini for $15 for anyone who does not want to attack the big sandwich with friends and family. 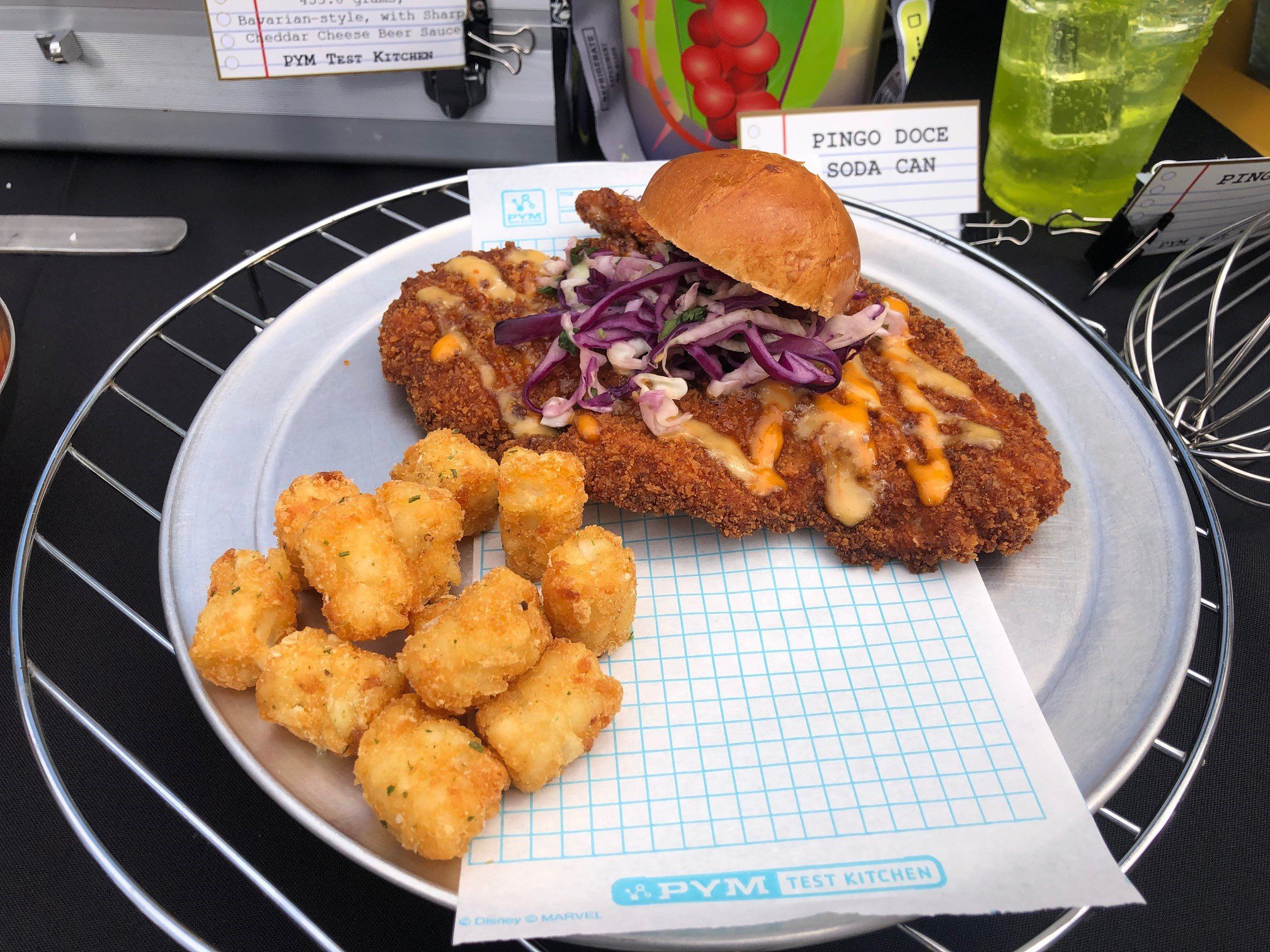 The Avengers Campus offers plenty of the superheroes' souvenirs, from apparel and figurines to the Spider-Bots, which clatter around on eight legs at the flick of remote control.

The robots can also take on some of the look and personality of other Avengers characters, such Iron Man, and battle other droids.

"They do have (micro) chips, and they are smart," said Brad Schoenberg, vice president of brand marketing Disney products. "They recognize things. We do work with engineers who put this all together, a very talented group."

For all the higher-tech merchandise, there's also plenty of low-fidelity Avengers wear from baseball caps and jackets and the Web logo is everywhere.

Lee, who passed away in 2018 at 95 years old, sketched himself into pop culture history and superstardom with his enduring Avengers.

The Lee legacy thrives, with a theme park campus his heroes and even some of their enemies can call home.

Just don't look for snarky, serial profanity user Deadpool. It's a Disney world after all.

Disneyland Resort has provided some important information about returning. Highlights include:

-- Guests 3 and older will need a valid ticket and a theme park reservation for the same day and same park they want to visit.

-- Until June 15, only California residents may visit the Disneyland Resort theme parks in groups no larger than three households.

-- The state of California recommends that all park visitors be fully vaccinated or have gotten a negative result from a Covid-19 test before entering the theme parks.

There's also some specific information about how to best access and navigate the Avengers Campus on the official Disney Parks Blog.

If your Spidey sense is telling you that WEB SLINGERS will have special rules, you're right. To enjoy the adventure, guests must join a virtual queue, accessible via the Disneyland mobile app. There will be no standby line for this attraction.