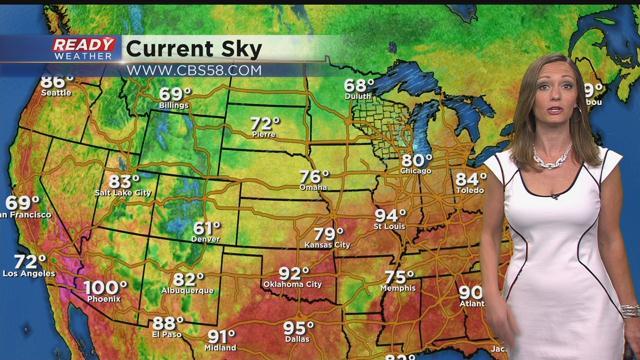 Fall is nearly upon us, but will it feel that way? Some data points to, no.  As we look at the extended forecast, which now takes us into the first day of September, the numbers seem more like July, with highs slowly rising back into the mid range 80s. Take a look: 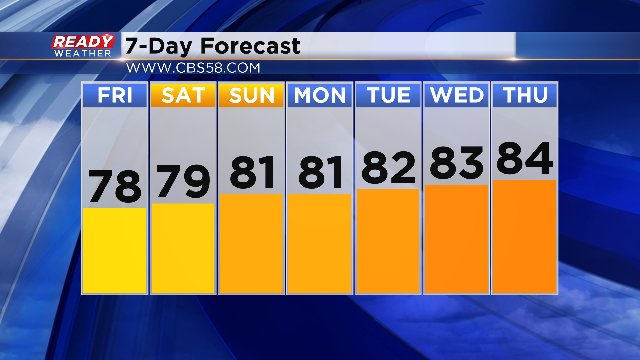 And while Meteorological Fall kicks off on what looks to be a warm note, we may continue to get treated with late season heat. Despite days getting shorter and the sun angle appearing lower in the sky, larger scale patterns still haven't made a huge swing to the cool dewy nights and warm dry days of early fall some of us are daydreaming about. And the National Weather Service's "Climate Prediction Center" anticipates much of the nation to feature warmer than normal temperatures. Check it out:

But let's talk about what "warm" actually means for us during autumn. Average high temperatures steadily fall over the coming months.  Here's the lowdown:

Yikes. It's one thing for me to say "fall" but typing in those last few numbers makes me want to cry! For the rest of you looking forward to the chill, there will certainly be those frosty days ahead, but with the prospect of a mild fall hopefully we'll still feel some warmth. In fact, record highs are still in the 90s through September and in the 80s through October. I say keep that weather coming!