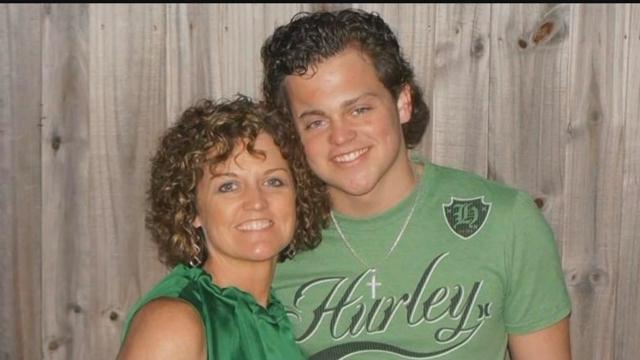 (CHANNEL 3000) Initial autopsy findings indicate there was water in Beau Solomon's lungs, meaning Solomon would have been alive when he ended up in Rome's Tiber river, the Italian news agency ANSA said.

Solomon, a University of Wisconsin student, was found on Monday a few kilometers downriver from a pub popular with U.S. students in the Trastevere.

The 19-year-old Solomon, who had just completed his first year of study at the UW, had arrived in the Italian capital on Thursday for study at John Cabot University.

Police on Tuesday detained a homeless Italian, Massimo Galioto, 40, whom they described as being "seriously suspected of murder aggravated by futile motives."

A female companion of the Italian, who lived in an improvised camp set up along the Tiber's banks and near the base of one of the river's bridges, said the American accidentally fell into the water after a fight with Galioto, whom she calls "Max."

Solomon "attacked him, Max just defended himself," Alessia Pennachioli told The Associated Press in an interview Wednesday near the couple's tent. "From the fight, he accidentally fell into the river."

Pennachioli said she did not see the fight but police had shown her footage from a security camera, placed near a building on the street level on the other side of the river. "I was in the tent, sleeping" when the fight happened, she said.

Judging from the video images, Pannachioli said, it was clear that Solomon had arrived from Sisto Bridge, a pedestrian crossing over the Tiber where staircases lead to the bank where the homeless couple have their tent. She added that her companion was outside after cooking a meal when the American arrived.

In an interview a day earlier, with Italian RAI state TV, Pennachioli said Solomon had been robbed by two Moroccan men, and that after he descended from the bridge to one of the Tiber's banks, he was "agitated, and had a fight" with Galioto. "It ended badly," she said on RAI.

Solomon "pushed, Max pushed back. He pushed a second time. Max pushed again," Pennachioli told RAI. Solomon was "drunk and tumbled over" into the water, she said.

Although most of the river winds through the city placidly during summer, just downstream where the alleged scuffle took place is a small rapid, and concrete and rocks line much of the Tiber's banks.

Solomon's credit cards were used on Friday in Milan, and police are investigating whether other, still unidentified people, had robbed him.