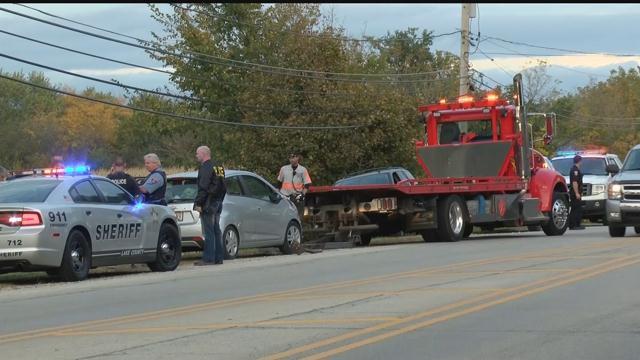 The front of this newspaper shows what people are talking about in Kenosha County: investigators capturing Andrew Obregon.

According to the Kenosha News, the sheriff says authorities were able to use the navigation system inside the stolen car Obregon was driving to slow down the car, and help end a manhunt that lasted for nearly two weeks.

So we spoke with a local car dealership in Kenosha county to break down the technology in vehicle navigation systems like OnStar and how it helps law enforcement when a car is stolen.

"Anytime there is an emergency, you have your three on star buttons and there's always an SOS red button. That's what you would press, any kind of 911 call, police fire rescue, that's the button to hit, said Craig Schilz of Hartnell Chevrolet. "Someone had to initiate the call, either the owner/person of the vehicle or the police department themselves called OnStar and OnStar was able to help them out."

Once the 911 call has been made, the vehicle can be pinpointed.

"So police know where it's at and has they get closer, the OnStar advisor can send a signal to the vehicle and slow it down. It can slow it down safely and get it to a control stop," Schilz said. "So there's no high speed chases, no accidents, nothing like that. Then when the vehicle stops, it can put an ignition lock on the vehicle, so even if the person tries to restart the vehicle, there's no go."

We spoke with the Kenosha Sheriff's department to get more information on the woman Obregon battered before stealing her car, and the using the navigation system to nab him. At this time, authorities say that's all part of their investigation.