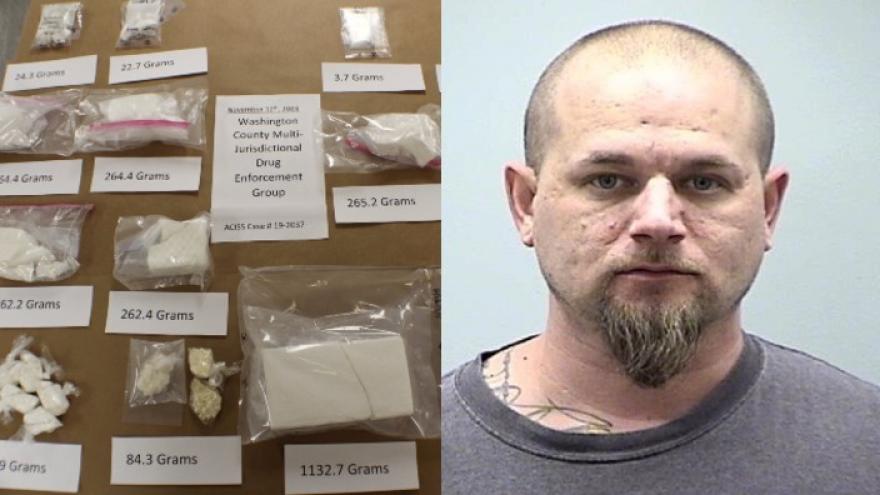 Authorities say Jeremy Erdman of Germantown was arrested on various drug-dealing charges after a nearly 20-month investigation. Multiple search warrants were executed in the village of Germantown, including at Erdman's condominium, a storage unit and safety deposit boxes at two local banks.

Assets in excess of $300,000 including cash, bank accounts, gold, silver and a vehicle were seized by law enforcement. The Sheriff's Office says these assets are believed to be direct proceeds made from a significant, long-term substance delivery operation in the Germantown and Menomonee Falls area.

Erdman made his initial appearance in court on Nov. 14 and was given a $50,000 cash bond. He was charged with five counts relating to the delivery of cocaine and marijuana and maintaining a drug trafficking place.