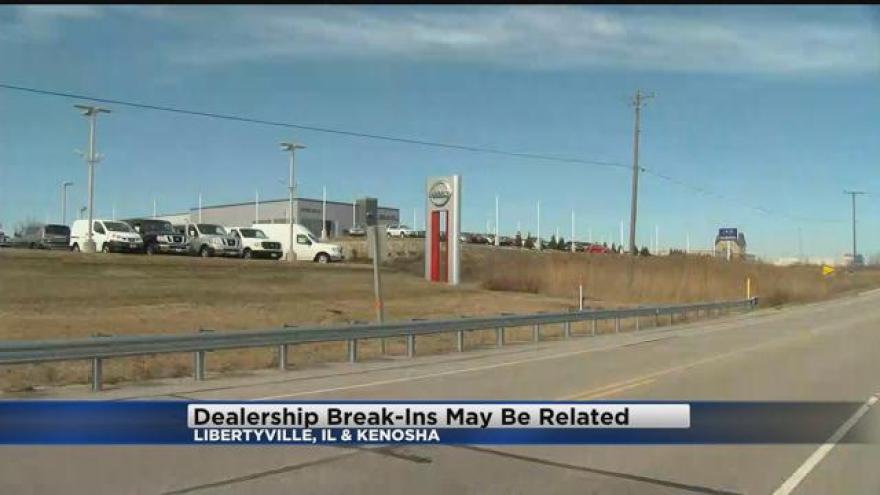 The Kenosha County Sheriff's Department is investigating an attempted dealership theft. They say it's very similar to a dealership theft in northern Illinois the same night.

In Kenosha, no cars were taken, but it did happen just before five cars were stolen at another dealership.

After hearing of the dealership theft in Illinois, the Kenosha Sheriff's Department sent patrols to check if thieves hit any local dealers.

They found broken glass and four idling cars at Kenosha Nissan, and the department says thieves tried to steal customer cars that were being serviced.

The scene was similar to the one in at the dealership in Illinois. In both cases a brick was thrown through a glass door. Suspects grabbed keys and started the cars. In Illinois, suspects opened the garage and drove off the lot, but in Kenosha the suspects tried to ram their way through the garage door -- damaging the cars, but not getting away with anything.

While there's no confirmation. the kenosha sheriff believes the two incidents are connected.

Deputies took fingerprints from the car, and are looking for surveillance footage to gather suspect descriptions. They are also working with departments in Racine and Libertyville to confirm any connections.