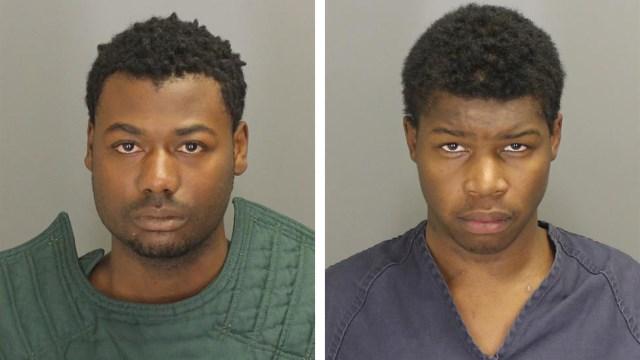 (CBS WWJ) PONTIAC – Two Pontiac, Michigan men are behind bars accused of robbing a disabled man, beating him up and posting video of the assault on Facebook, according to WWJ.

The attack happened Sunday morning at the Phoenix Place Apartments in Pontiac, according to Oakland County Sheriff’s officials. Police were called to the scene of an injured man lying in the front of the apartment.

The victim suffers from cerebral palsy.

The suspects filmed on the victim’s cell phone them beating the man after robbing him.

The suspects posted video of the beating both to the victim’s Facebook page and to their own pages.

Cerebral palsy is a brain disorder that can affect movement, posture and muscle coordination.