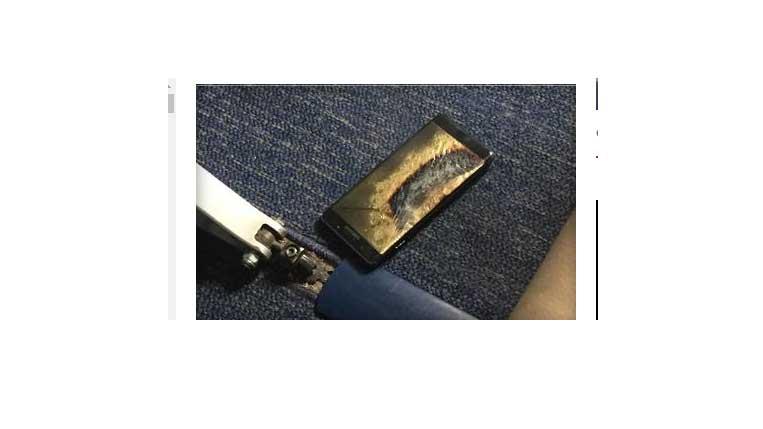 NEW YORK (CBS NEWS) AT&T will stop giving consumers replacement Samsung Galaxy Note 7 smartphones because of reports that some of the replacement phones are catching fire, just as the original phones did before they were recalled last month.

“We’re no longer exchanging new Note 7s at this time, pending further investigation of these reported incidents,” A&T said. AT&T, a major phone retailer, encouraged customers with Note 7 phones to exchange them for other products.

T-Mobile followed suit, with CEO John Legere tweeting that they are recalling the replacement phones “out of an abundance of caution.”

“We are working diligently with authorities and third party experts and will share findings when we have completed the investigation,” Samsung said in a statement to CBS News. “Even though there are a limited number of reports, we want to reassure customers that we are taking every report seriously. If we determine a product safety issue exists, Samsung will take immediate steps approved by the CPSC to resolve the situation.”

Verizon said in a statement to CBS News that they are currently sold out of the phone, and “anyerizon customer concerned about the safety of their replacement Note7 smartphone may take it back to the original point of purchase to exchange it for another smartphone.”

Samsung announced a global recall of the phone in mid-September after incidents in which the batteries overheated or caught fire. It said its replacements were safe, but several people have said those phones caught fire. Last week, a Southwest Airlines flight was evacuated because of a phone that was smoking and making “popping” noises after it was turned off.

On Saturday, a Kentucky man wrote in a Facebook post that his replacement phone caught fire Tuesday night, and he posted photos that he said showed the damaged phone. The man, Michael Klering, said he and his wife inhaled smoke from the burning phone and now have bronchitis.

AT&T says it hasn’t sold Note 7 phones since the initial recall was announced. Verizon, another major seller of smartphones, said it doesn’t have any Note 7 phones but said they are on back order.

Sprint said customers can exchange their replacement Note 7 phones for any other device while the situation is being investigated.