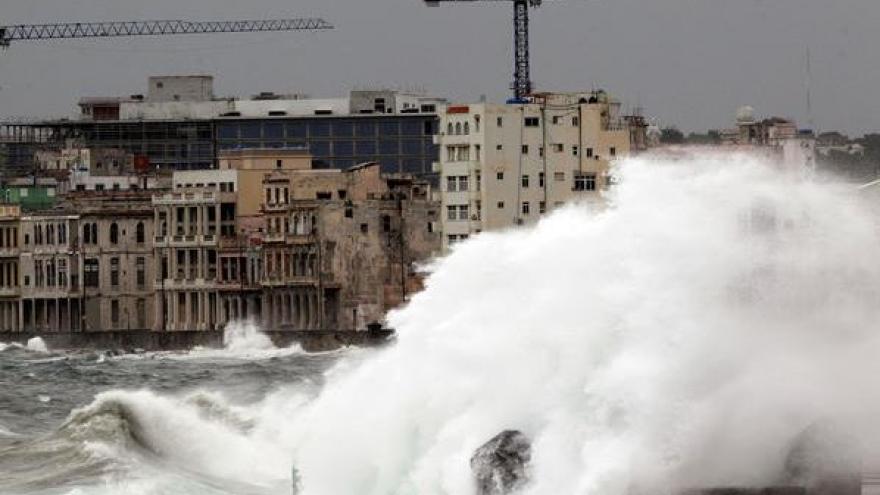 CUBA (CBS News) -- Cuba was lashed with strong rain and wind as Hurricane Irma passed over the island Saturday and moved toward the Florida Keys.

In Havana, up until this stage has been pretty protected from this storm, the winds picked up significantly, and a hurricane warning is in place for here as well, BBC News' Will Grant reports.

The sheer amount of rain and water that has hit coastal villages along Cuba's northern coast - the small fishing village of Caibarien is largely submerged.

Whole communities are without power, telecommunications to those parts of the island are out and there is a desperate situation for many many families on the northern perimeter of Cuba.

A lot of people have already been taken out of harms way and brought to places like Havana - but there is no protecting from the sheer magnitude of this storm, a Category 5 when it hit Cuba. That's the first time a Category 5 storm has hit Cuba, has made landfall in Cuba, since 1932 - just to give you a sense of the historic nature of this storm.

Civil Defense official Gergorio Torres tells reporters that authorities are still trying to tally the extent of the damage in Las Tunas province and nearby areas. He said damage seems to have been concentrated in infrastructure for crops including bananas.

Eastern Cuba is home to the island's poor, rural population. Once known for sugarcane and other crops, the agricultural industry was declining even before the hurricane.

Video images from northern and eastern Cuba show utility poles and signs uprooted by the storm and many downed trees as well as extensive damage to roofs. There were no immediate reports of casualties.