At least 101 shot, 15 killed during violent Fourth of July weekend in Chicago 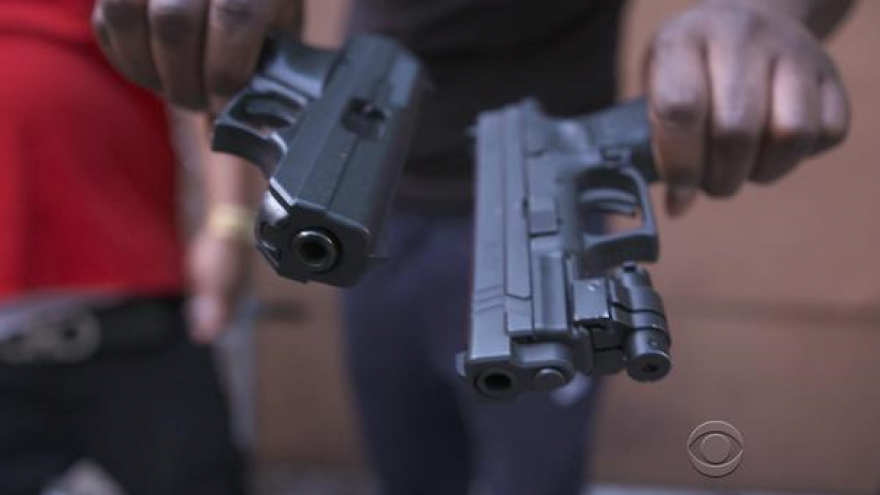 CHICAGO -- The city of Chicago flooded the streets with 1,000 extra police officers during the Independence Day weekend. But they could not stop an eruption of gun violence.

The extra-long holiday weekend was the bloodiest in recent years. At least 101 people were shot, nearly half in the last 12 hours of July Fourth. To give you a sense of the enormity of that number, that's the amount of passengers that can fill most regional airplanes. At least 15 people were killed.

To see the violence for ourselves, CBS News spent Tuesday night with Tim White, a former gang leader who now works to stop violence in the streets.

"We're on our way to a murder scene," White said. "We gotta turn those lights on."

We rushed to the site of the murder, a liquor store on Chicago's West Side. As police sealed off the crime scene, it was too much for some to bear.

We learned that just after midnight, two people were shot in one of the alleys. You could see a body on the sidewalk that police covered with a blanket. The body laid there for hours as police continued their investigation.

"CBSN: On Assignment" spent the last week in Chicago to witness the violence from the inside. Young men told us how easy it was to get guns.

Just as we arrived at one crime scene over the weekend, we could hear on the police scanner there was another shooting a mile away.

Because it was the Fourth of July holiday, it was hard to tell whether sounds across the city were fireworks or gunshots, but locals told us they can spot the difference because they are used to it.

In one instance, we were at the scene where a man was dead from a gunshot to the head and covered by a blanket. We waited to see when the coroner's office would arrive to retrieve the body, but we had to leave -- and that was after being there for two hours possibly because of the high cases of shootings that night.

Before the holiday weekend, the Chicago Police Department announced they are changing the way they fight gun violence. They're forming a new task force with federal and state agencies to stem the flow of illegal guns and are trying to curtail the violence.

However, illegal guns are coming from everywhere. The focus is on tracking guns and where they originate.

As we spoke with residents about their experiences in Chicago, it was a hard conversation to have. Some talked about unstable family lives and joining gangs and selling drugs. People feel like they are missing opportunities to break the cycle.

Meanwhile, Illinois is in the middle of a budget stalemate and it's running out of money. There have been budget cuts to a program that uses people in the community who help identify conflicts in the neighborhoods before they turn violent.

And of course there is tension in the police department as budgets to help combat violence are slashed.