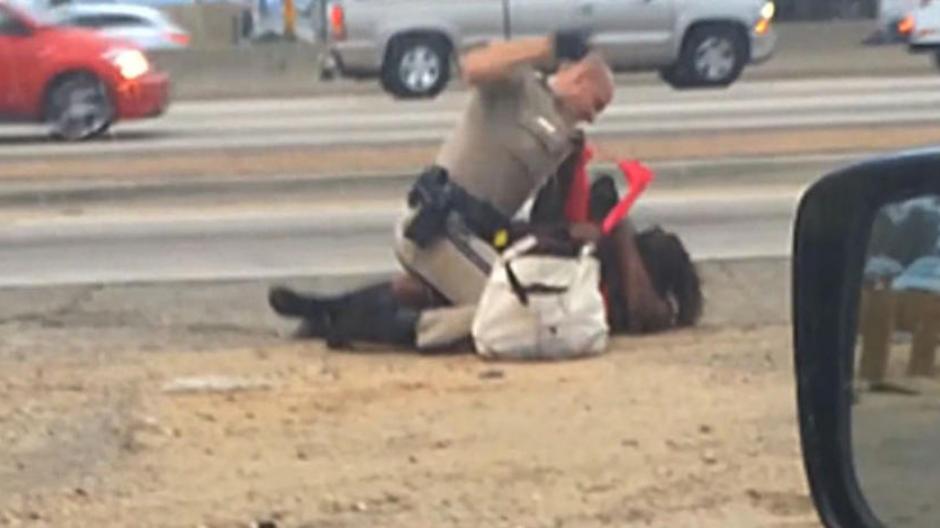 People have strong views about the way police officers treat minorities -- and they're eager to share those opinions.

That became clear after CNN asked people on Twitter to use #AskACop to pose questions to police officers. Police conduct has been in the spotlight since the deaths of Michael Brown and Eric Garner. The idea was that the network would use that hashtag to mine social media for questions to ask current and former police officers for a show that aired Tuesday night.

People on Twitter responded in force, making #AskACop a trending hashtag well into Wednesday. People posted message after message -- but many of them were eager to make a point rather than ask a question.

This reaction was not necessarily what was intended when the network asked: \"Are you curious about the police point of view re: recent US protests?\" for the show on Tuesday night. The show featured a calm, civil, evocative conversation with police officers.

What unfolded online was a different story, with the proposal stirring up a lot of raw emotion.

A majority of these tweets echoed the views of protesters in recent weeks, who have loudly railed against police in America for -- in their opinion -- profiling African-Americans. Many of them claim that Brown, Garner and other unarmed black men who died at the hands of white police officers might still be alive today if not for the color of their skin.

Some were sarcastic, like one man who asked, \"if 1 Black man has zero guns, zero knives and 2 hands, how many bullets does it take to disarm him?\" Another on Wednesday openly wondered, \"If I'm only a quarter black do I get the benefit of the doubt before you shoot me?\"

Others expressed the distrust some minorities have for police nowadays. For example, a \"young black/Hispanic woman\" asked, \"Any tips for who I'm supposed to teach my future children to go to if they need help?\"

Some slammed what they called the \"senseless, excessive force and police brutality\" of some officers. One person suggested that the words \"Seek and Destroy\" rather than \"Serve and Protect\" should be on cruisers. And one wrote, \"When you were a child, did you want to grow & do heroic things? What went wrong?\"

Of course, even if such voices dominated #AskACop, this debate is anything but one-sided. Many have defended police, saying they put their lives on the line daily and must make difficult, split-second decisions intended to save others. They say police are civil servants who work, day and night, to make this country safe -- not to divide it.

That sentiment was reflected some on Twitter, like one person who posted a picture of three white officers surrounding a young, handicapped black boy with the words, \"Defend our first responders.\" Another wrote, \"#AskACop if they know people are praying every day that they make the right choices in their stressful jobs.\"

At the least, the #AskACop hashtag showed that, while grand juries have their made decisions on the deaths of Brown and Garner, this debate isn't over. Whether intended or not, this social media endeavor became another forum for people to voice their strong views on this topic.

As one man tweeted, \"if you really want to see what the public thinks of police officers just take a look at #AskACop.\"