Arrests Made at Fight for Fifteen Protest Near Miller Park Way 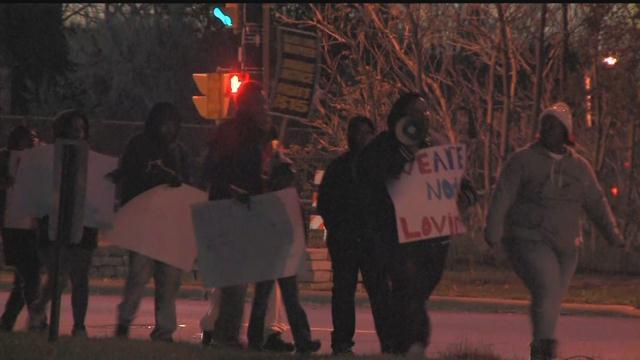 From early this morning until past 6 PM Tuesday night, hundreds of people were out in Milwaukee, fighting for for their right to a 15 dollar minimum wage.

They're not alone; people in cities across the nation participated in the "day of disruption."

But near Miller Park Way those protests turned into arrests for some.

It started early  Tuesday morning at the McDonald's near 9th & North in Milwaukee.

"$7.25 is not a possible living wage for anyone unless you're working a 24 hour shift every day," said Jasmine Bell, one of the protesters.

Then a second protest Tuesday afternoon at City Hall.

"We work just as hard as you do. And we're gonna get it," said Corneil White.

And now some have it. By 2021 Milwaukee County employees will achieve a 15 dollar an hour minimum wage.

But Tuesday was all about getting attention for those still fighting.

"If we can interrupt and get your attention toward us we pretty much have it," said Keila McAffee.

Catching the attention of West Milwaukee Police after about 5:30 PM as they spilled into the street at this McDonald's on Miller Park Way.

10 arrests made without incident for refusing to leave the roadway.

Traffic was backed up for more than an hour and streets closed but protesters eventually made their way back to the sidewalk.

"For him not to go through the struggles and poverty like I did when I was growing up. I wanna make a change for him,"said White.

County employee pay will go up to $12 an hour next year. We do not have confirmation yet on how many people were arrested Tuesday night as of news time.