Army Beats Navy for the First Time in 14 Years 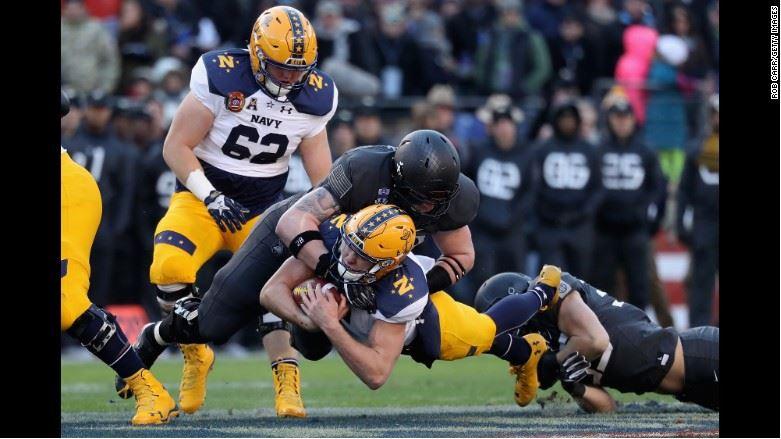 (CNN) Army defeated Navy 21-17 on Saturday in the annual matchup between the college football rivals.

"It's so great to see guys you love so much have success like this and be able to do this together," Army Coach Jeff Monken said.

After trailing by 14 at halftime, quarterback Zach Abey got Navy back into the game not long into the third quarter with a 1-yard scoring run. After the extra point Navy trailed 14-7.

Abey scored two minutes into the fourth quarter on a winding 41-yard run that put the Midshipmen ahead 17-14.

But with six minutes remaining Army quarterback Ahmad Bradshaw went 9 yards to thrust Army into the lead for good, 21-17.

Navy finished with 201 yards of offense, while Army had 351.

There were seven turnovers in the game.

President-elect Donald Trump watched the game from the Army box along with former New York City Mayor Rudy Giuliani and CIA Director nominee Rep. Mike Pompeo, who graduated at the top of his West Point class in 1986.

"I just love the armed forces, love the folks, their spirit is so incredible," Trump told CBS. "I don't know if it's necessarily the best football but it's very good ... but boy do they have spirit, more than anybody. It's beautiful."