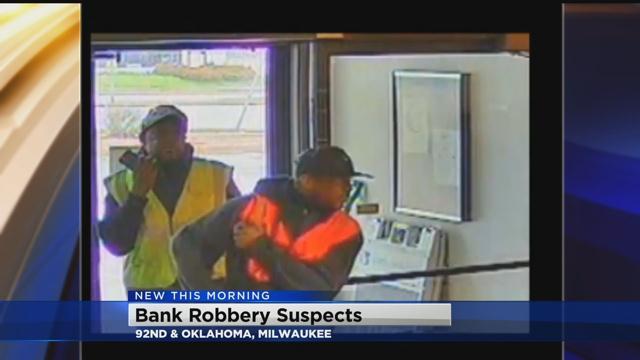 They believe these men robbed a North Shore Bank branch yesterday near 92nd and Oklahoma on the Southwest side of the city.

The robbers came into the bank with guns, demanded money and fired a shot (which didn't hit anyone).