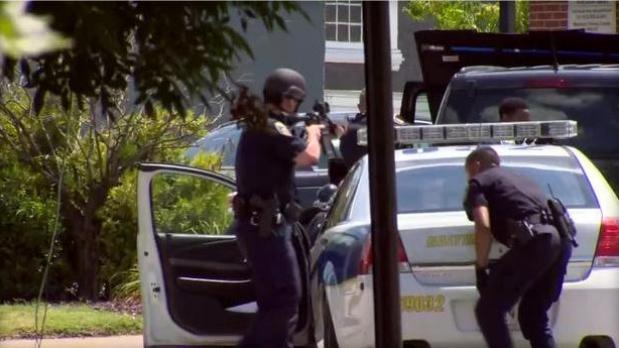 (CBSNews) BALTIMORE -- Baltimore Police have a Burger King surrounded after a suspect wanted on rape charges fled a traffic stop and took hostages inside the fast food restaurant Sunday.

The suspect was stopped around 11 a.m. after officers recognized him, according to Baltimore police spokesperson T.J. Smith. The suspect allegedly fled police, who gave chase until the suspect's car collided with another vehicle.

Police say the suspect then ran into the Burger King and took four hostages, including a 7-year-old. An adult hostage was released early Sunday afternoon, and police announced shortly before 4 p.m. that the two other adults were released.

The 7-year-old is still be held, according to police.

Smith did not say if police know how many others are in the restaurant. The suspect's name was not released.

"Our ultimate goal is to end this peacefully for all parties," Smith said.