Arizona jailbird escapes to meet his girlfriend for Valentine's Day 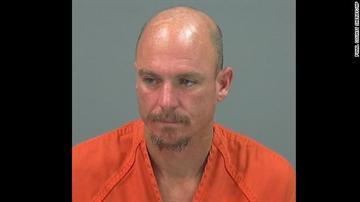 (CNN) -- Arizona suspect Joseph Andrew Dekenipp went from jailbird, to lovebird, and back to jailbird -- all in three hours.

So much so that he crawled past razor wire, scaled two fences and made his way to a bar about 10 miles away, according to authorities.

Dekenipp went missing Friday afternoon from a fenced recreation yard at the detention center in Florence, according to the affiliate.

When inmates there returned to their residential units, Dekenipp was nowhere to be found.

He'd made the daring escape and was headed to a bar in nearby Coolidge, where he was going to meet his girlfriend, the affiliate said.

Pinal County deputies used K-9s to track him, but then his scent disappeared, the affiliate said. They pulled over cars on nearby roadways and searched them.

Their big break came when two teens told authorities that their friend gave Dekenipp a ride to the bar. Deputies hightailed it there, where they found Dekenipp. And no, he wasn't wearing his jail uniform.

Three hours after his escape, his handcuffs clinked shut again without incident. He was hauled back to Pinal County Adult Detention Center.

Dekenipp had been booked in jail last month on various charges, including suspected car theft, unlawful flight and driving on a suspended license, the affiliate reported.

At the time, he was held on a $5,000 bond and had a pretrial hearing set for February 25, according to the affiliate.

The lovebird -- and jailbird -- may be apart from his girlfriend for a longer period.

In addition to all that, he's now facing an escape charge.