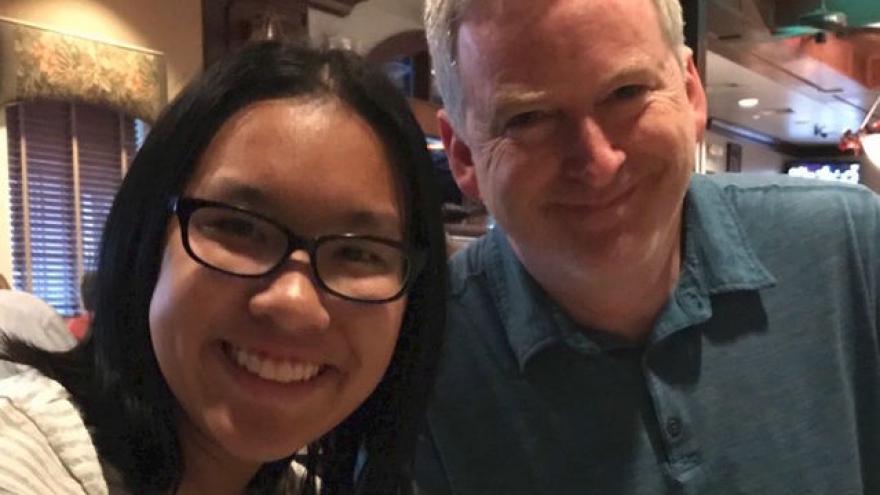 TEMPE, AZ -- (ABC 15/CNN) A Tempe man says he was accused of trafficking his own teenage daughter after getting off a Southwest Airlines flight.

Husband and wife, Brian and Renee Smith, say they have three biological children as well as Georgianna, their 16-year-old whom they adopted from China.

Smith explained he and his family were recently flying home from a trip to Ft. Myers, Florida when they were approached by Phoenix Police after getting off the plane at Sky Harbor’s Terminal 4.

“He said the flight attendant had some concerns about the person you’re with,” Brian said.

Smith was sitting with Georgianna on the flight home. He says he only spoke to the flight attendant about drinks and snack orders but the person became suspicious and alerted police.

“I don’t like to accuse anyone of anything,” Renee said. “But…if Georgianna was a Caucasian child, I don’t believe this would have happened.”

The family tells ABC15 that the teen was sleeping most of the flight but they’re curious to hear what behavior the attendant may have deemed suspicious.

“She has a communication disorder so she is more quiet than other children might be in a public space,” Renee said.

The family says they understand the importance of needing to keep kids safe, but they’re hoping it doesn’t come at the expense of adoptive families.

“We’ve never had an issue but now we’ll always be worried something could happen,” Renee said.

ABC15 reached out to Southwest Airlines for a statement about the incident. They said through email that their flight attendants undergo training in recognizing common behavioral indicators of human trafficking.

"We’ve shared a heartfelt apology with this family who flies often with us. Our Flight Attendants do receive training in recognizing expert-identified, common behavioral indicators of human trafficking. Following conversations with authorities on the ground after the flight, we’re continuing our conversation with the family and with our Employees whose valuable vigilance is aimed at aiding law enforcement in successfully stopping a growing number of trafficking situations. A quick look at both our workforce and the hundreds of thousands of Customers we carry every day highlights a celebration of diversity that's at the Heart of Southwest’s every success."