Are you hangry? New words added to Oxford Online Dictionary 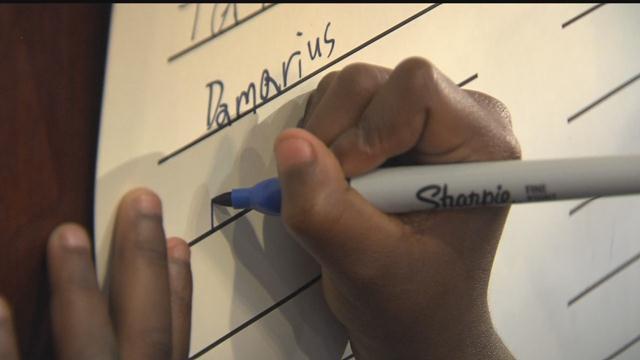 New words! In the Oxford dictionary! So exciting! If there were only a word to describe just how exciting.

That term, meaning extremely good or excellent, is just one of the couple dozen new words, phrases and acronyms added Thursday to the Oxford Dictionaries online version.

The words represent newer terms judged most significant and likely to stand the test of time, according to Oxford University Press.

The additions include terms such as cat cafe, manspreading, onboarding and terms drawn from current events, including \"Grexit\" and \"Brexit,\" references to the possible exits from the European Union of Greece and Britain, respectively.

A cat cafe, the dictionary explains, is an \"establishment where people pay to interact with cats housed on the premises.\"

Manspreading refers to \"the practice whereby a man, especially one traveling on public transport, adopts a sitting position with his legs wide apart, in such a way as to encroach on an adjacent seat or seats.\"

And onboarding comes from the colorful world of human relations, describing the \"action or process of integrating a new employee into an organization or familiarizing a new customer or client with one's products or services.\"

We also get recognition for several new terms with -y endings, including cheffy (\"characteristic of a chef\"), melty (\"melting or partially melted), cidery (no, not tasting of cider, but a place where the stuff is made) and cupcakery (\"a bakery that specializes in cupcakes.\")

Surprisingly \"MacGyver\" and \"holodeck\" -- although feeling a bit like words from another century -- also made the cut, referring respectively to the art of \"making or repairing (an object) in an improvised or inventive way\" and the (so-far) fictional \"chamber or facility in which a user can experience a holographic or computer-simulated physical environment.\"

Kayfabe: \"The fact or convention of presenting staged performances as genuine or authentic.\" It's largely used in pro wrestling circles, natch, but the dictionary says its origin is unknown, except possibly as a reversal of the phrase, \"be fake.\"

Rando: \"A person one does not know, especially one regarded as odd, suspicious, or engaging in socially inappropriate behavior.\"

Hangry: \"Bad-tempered or irritable as a result of hunger.\"