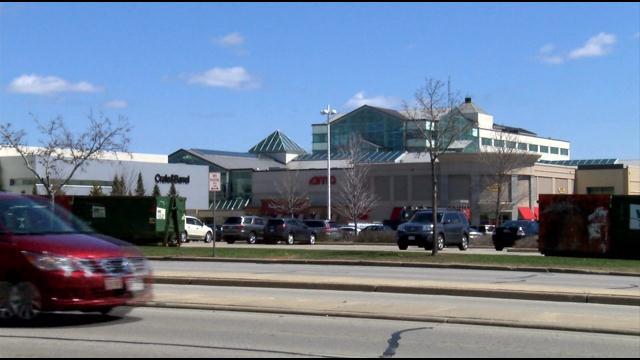 (CBS NEWS) The terrorist attacks on Paris that left 130 dead is raising questions about how well prepared American mall operators are for a similar event. To date, no U.S. mall has been a target of terrorism, but they have been the scene of several fatal shooting incidents.

The carnage in France at the hands of members of the Islamic State of Iraq and Syria (ISIS) has Americans worried about the risk of a domestic attack. A recentCBS News poll showed that a large majority of people think an attack is likely in the U.S. in the new few months.

In February, a video surfaced purportedly from Somalia-based terror group Al Shabaab calling for attacks on shopping centers in western nations, including theMall of America in Minneapolis. It was Al Shabaab in September of 2013 that attacked the Westgate Mall in Nairobi, Kenya, killing 67 people and wounding 175.

Michael Greenberger, director of the University of Maryland's Center for Health and Homeland Security, said the 2008 siege in Mumbai, India, by Pakistani group Lashkar-e-Taiba first heightened fears of an attack on civilians. Over four days, terrorists used both bombs and conventional weapons in an assault on hotels, a movie theater and other so-called "soft targets," killing at least 167 people and wounding 293.

"In the post 9-11 world Mumbai marks a real departure in terms of terror tactics, with public spaces being targeted this way," Greenberger said.

In the retail industry, preparation for such a catastrophic event generally falls to the "loss prevention" department traditionally charged with keeping an eye on shoplifting. The National Association for Shoplifting Prevention reports that shoplifters are apprehended by store security staff only about half the time and are handed over to police at roughly the same rate.

Terrorism aside, the business case for investing in loss-prevention is strong. Shoplifting costs retailers as much as $15 billion dollars annually, most of which is passed on to consumers. Yet local police forces, citing stressed resources, have historically looked at shoplifting cases as a low priority, leaving mall protection to private guards.

"Police don't have the resources, and judges are dealing with rapists and murderers," said Barbara Staib, director of communications for NASP, a non-profit that provides court-ordered re-education programs for offenders.

Industry experts say unarmed private-sector security contractors represent the first line of defense for the nation's malls. "In most malls we don't arm guards because of the liability," said J. Patrick Murphy, a former Dallas police officer and former director of loss-prevention for a 3,000-store national chain.

Murphy says that in a "live shooter" incident or terrorist attack, it is generally up to security guards to alert police. "While there's nothing in that building in the inventory that is worth deadly force, on the other hand you could be an unarmed guard with somebody shooting at you with an automatic weapon."

Even 14 years after the September 11 attacks, the private security industry is prone to poor training standards and high turnover because of low wages.

"There continues to be resistance to spending money on private security," Murphy said. "If you contract with a guard company, you'll pay $14 an hour. But the guard might get only $7.50 of that and leave in three months if they find a place that pays $7.60, so turnover remains a problem. And with that kind of turnover how much site-specific training can a guard company afford?"

Across the country, the Service Employees International Union has unionized thousands of private guards by winning contracts with security service providers that offer health care benefit and higher wages.

"We just organized 1,500 guards for a dozen different companies in New Jersey that operate office buildings, theaters and transit systems," said Kevin Brown, a vice president for local 32BJ, an SEIU affiliate. But Brown concedes the group has not had success yet securing better pay and benefits in the retail sector.

Nick Casale, a former New York Police Department detective and the Metropolitan Transportation Authority's first deputy director of security for counter-terrorism, said there is no federal standard for training or licensing security guards. "So it is left to the states, which are all over the place on this, with some requiring no training."

While police may be reluctant to use resources to combat shoplifting, they certainly race to mall shootings. The FBI last year released a first of its kind detailed review of all such incidents from 2000 until 2013 that included school, workplace and mall shootings across the nation.

Over that period, the bureau flagged 160 active shooter events, including the 2012 movie theater massacre in Aurora, Colorado, that claimed 12 lives and the Sandy Hook Elementary School shooting in Newtown, Connecticut, that left 26 people, dead including 20 children. Over the period reviewed by the FBI, six malls and six churches were also targeted.

The FBI reports that mass shootings are on the rise. The U.S. averaged 6.4 such attacks annually between 2000 and 2007, but in more recent years that number has jumped to 16.4. Forty of the nation's 50 states plus the U.S. capital have experienced at least one live shooter event since 2000. Sixty percent of the time, these situations came to an end before the police arrived.

In light of such numbers, retailers have a delicate balancing act. "If you have too much of a military-like presence you run the risk of shoppers asking themselves if they really want to shop at your mall," Murphy said.

But the reality that so much can ride on a store's initial response before police are on the scene has prompted the National Retail Federation to encourage its members to work with local law enforcement to develop a coordinated response plan to live shooter incidents. Robert Moraca, vice president for loss-prevention with the NRF, said that for the current holiday season the trade group is working with "both domestic and international law enforcement agencies."