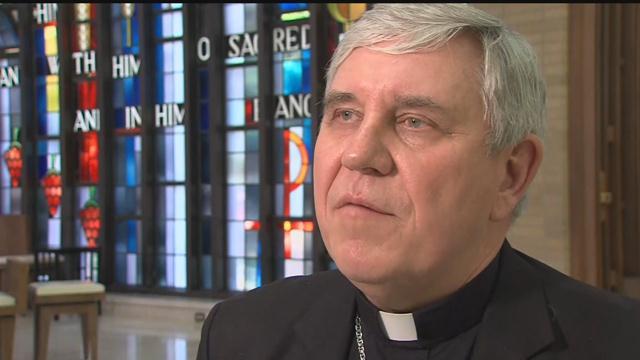 The archbishop wanted to sit down with the inmate as one of the most holy weeks of the year is underway.

Cameras were not allowed inside of the actual service.

All Catholics will join him by performing Spiritual and Corporal Works of Mercy.

"Hopefully when I'll be able to offer them a message of hope. But they're not forgotten. And that's often the aspect of those in prison they are literally isolated from society but often times forgotten,” said Listecki.

The Archbishop how the service at a local parishes ask for donations for a local ministry that provides support to inmates.