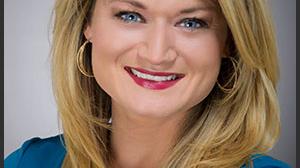 April Dovorany joined CBS 58 in January 2015 as a multimedia journalist. April is from Racine, Wisconsin and is excited to be back home after working for three years as morning anchor for the CBS affiliate in Monroe, Louisiana. Due to her reporting and local ties, April was promoted to Racine and Me anchor.

April says her love for storytelling started at a young age. Her family would take long road trips to visit family down south, and on the trips April and her siblings would record \"newscasts\" on the road with the family camcorder.

April is an avid Wisconsin sports fan and a proud Badger alum, earning her journalism degree from the University of Wisconsin-Madison.

During her time in Monroe, April covered a hostage situation in Tensas Parish, with a report on \"CBS This Morning\" that made headlines across the country.

She also is a huge animal advocate and helped thousands of stray animals find their forever homes through her coverage on KNOE-TV, including two dogs she fostered herself.

In her free time, you'll find April running or doing yoga, or spending time with her two dogs, Coco and Roxie.

If you've got a story idea, April would love to hear it! Send her an email at adovorany@cbs58.com, or reach out to her on Facebook or Twitter.