Apps Parents Need to Watch out for 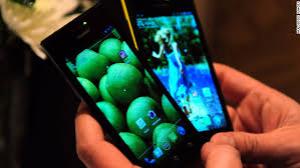 A local school district is warning parents about the phone apps their children may be using.  The Waukesha School District sent out an email of ten apps you should know more about.

1. Tinder:  app used for hooking-up and dating.  Due to the rating system, it is often used for cyber-bullying, because a group can target one child to purposefully make hi/her rating go down.

2. Snapchat: app allows users to send photos and videos to anyone on his/her friend list.  It is the #1 app used for sexting, because people think it is the 'safer' way to sext.  However, 'snaps' can easily be recovered and a receiver can take a screen shot to save and share with others.

3. Yik Yak: messages can be viewed by the 500 Yakkers who are closest to the original writer.  Although the posts are anonymous, kids start revealing personal information as they get ore comfortable with other users.

4. Whisper: anonymous confession app that allows users to layer text over a picture.  Due to anonymity, kids are posting pictures of other kids with derogatory text superimposed on the image.  Sexual predators can use the app to locate kids through GPS and establish a relationship.

5. Omegle: primarily used for video chatting.  Sexual predators can use this app to find kids to collect personal information from in order to track children down more easily in person.

6. Blendr: a flirting app to meet new people though GPS location services.  There are no authentication requirements so sexual predators can contact minors.

7. Down: this app used to be called \"Bang with Friends.\" Users can categorize their Facebook friends as someone they are \"down\" to hook-up with.

8. Kik Messenger: an instant messaging app that allows users to exchange video, pictures and sketches.  Kids use the app for sexting and sending nude selfies.  The term \"Kik buddy\" is used as a substitute for \"sext buddy\" as a result.  Kik does not offer any parental controls.

9.  Ask.fm:  one of the most popular social networking sites, used almost exclusively by kids.  This app functions as a Q&A site, allowing users to ask other users questions anonymously.  Kids use it to ask repeated, derogatory questions in order to target one person.  It creates a virtually consequence-free method for cyber-bullying, associated with documented suicide cases in the US.

10. Poof: allows users to make other apps \"disappear\" on their device.  Kids use it to hid any app they don't want you to see.  This can no longer be purchased through the app store.  But if it was downloaded before it became unavailable you child may still have it.