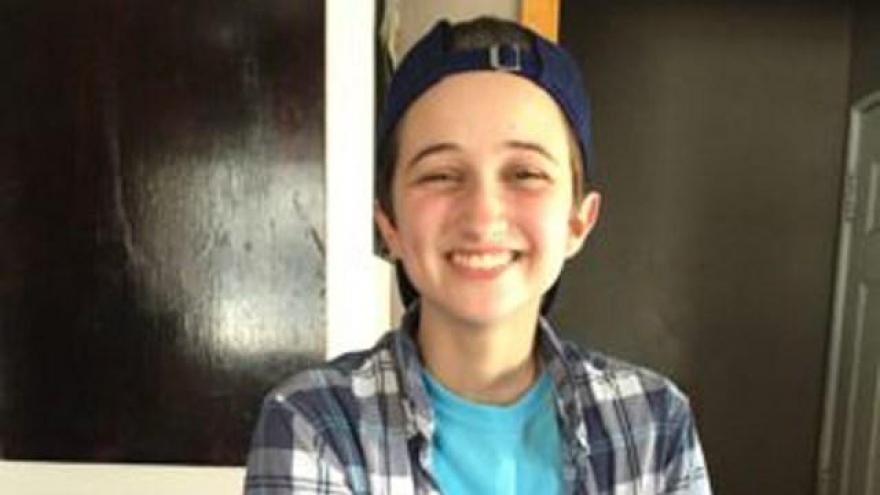 CHICAGO (CBS) — A transgender Wisconsin teen’s fight for bathroom access at his school in Kenosha has moved to a federal appeals court.

Ash Whitaker, 17, filed a federal lawsuit against Kenosha Unified School District in July, after his school would not allow him to use the boys’ restrooms.

The lawsuit also alleges teachers continue to call Ash by his female birth name, and would not allow him to run for prom king until his classmates protested.

According to the lawsuit, Ash was designated a girl on his birth certificate, but began identifying as a boy during his freshman year in high school. Ash has had hormone treatments, and notes from his doctors identify him as a boy, but he has not yet had gender reassignment surgery.

The district has said their bathroom policy requires students to use restrooms matching the gender on their birth certificate. Ash can use the boys’ bathroom if he gets his birth certificate changed, but in Wisconsin he would first need to undergo gender reassignment surgery.

A federal judge ruled in Ash’s favor in September, but the district has appealed.

Attorneys for both sides presented oral arguments Wednesday morning at a hearing before the 7th Circuit U.S. Court of Appeals in Chicago.

An injunction has allowed Ash to use the boys’ restrooms during his senior year in high school while his lawsuit moves through the courts.

Gary McCaleb, an attorney with Alliance Defending Freedom, which has represented parents who have challenged policies allowing transgender students to use the restroom matching their gender identity, said Kenosha’s policy makes sense.

“The sexes should not be intermingled in privacy facilities. Our organization represents dozens and dozens of boys and girls who are in a situation where they’re finding the opposite sex in their locker rooms and their restrooms. That’s a direct violation of privacy, and they need that protected. All students need their privacy protected,” he said.

McCaleb rejected any notion that changing conventions about how gender is identified should change how restrooms are used.

“What is in your mind does not determine your sex. Sex is a biological fact. It’s formed at conception. It’s male or female. That’s science 101 that’s being taught in these schools. So gender identity does not establish what your sex is. Gender identity is completely different,” he said.

“Only the school district is refusing to see that,” he said.

Wardenski said many other school districts have adopted policies allowing transgender students to use restrooms and locker rooms matching their gender identities without any problems.

“Now, as more and more transgender people feel comfortable living consistent with their gender identity in their lives and at school, it’s maybe not surprising that we’re seeing these cases, but we hope that trans people in schools and elsewhere will be able to be respected for who they are,” he said.

A panel of three 7th Circuit judges will review his case. It was unclear when they would rule.