Anti-Graffiti Campaign Kicks Off on Milwaukee's South Side 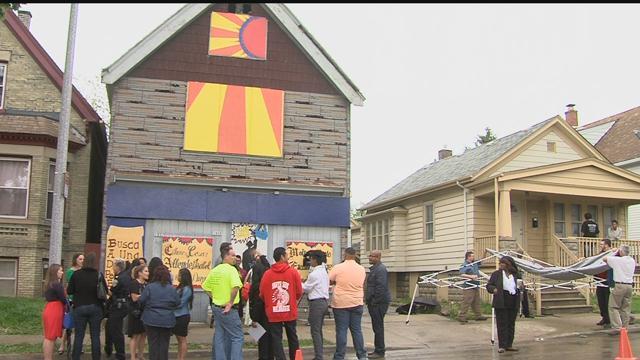 A renewed effort starts today to clean up graffiti in Milwaukee.

On Thursday, Mayor Tom Barrett and the Common Council kicked off their spring anti-graffiti campaign.

The program celebrates the positive impact students and volunteers have made on a vacant home in the community.

Volunteers have been working on a mural on the city's south side.

The home is located on South 6 Street between Rogers and Burnham.

The city is now doing everything it can to get rid of graffiti quickly.

This morning the mayor told the crowd if you see someone in the act of spreading graffiti call 9-1-1.

It’s the only non-violent event and non-emergency where 9-1-1 should be used.

Students at Carmen High School are doing their part to stop graffiti in the city.

They created artwork to display on the side of a vacant home near 6th and Burnham.

This is part of the city's anti-graffiti campaign kick off.

The mayor says if you see someone painting graffiti around the city to call 9-1-1.

He says it's the only non-violent crime where it's acceptable to get police involved immediately.