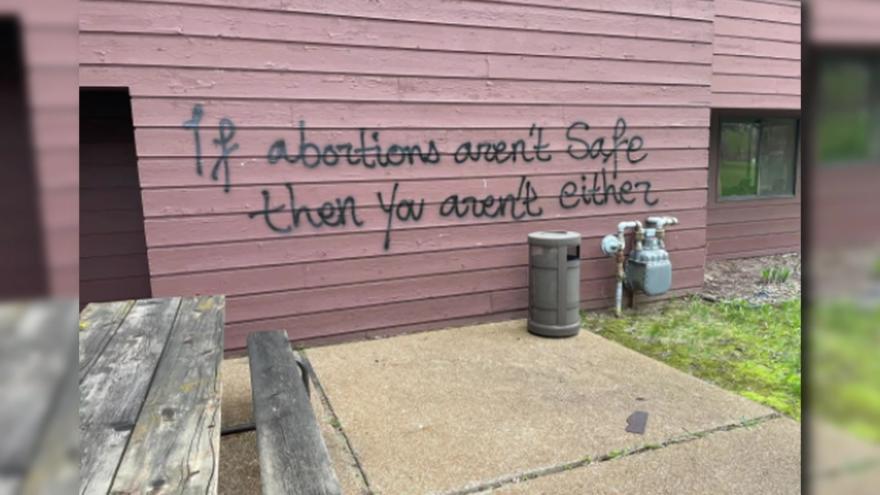 MADISON, Wis. (CBS 58) -- An anti-abortion group is offering a reward up to $1,500 for information regarding their office being set on fire and vandalized earlier this month.

For over three weeks, the FBI and the Madison Police Department have been investigating the matter but have made no arrests and no suspects are in custody after the offices of Wisconsin Family Action in Madison was damaged by fire and vandalized on May 8.

It happened days after a leaked draft opinion by the U.S. Supreme Court suggested Roe V. Wade will be overturned, a decision WFA supports.

WFA president Julaine Appling said it's "perplexing" authorities have yet to identify those responsible for throwing two Molotov cocktails at their office and spray-painting graffiti depicting an anarchy symbol and a message that read, "If abortions aren't safe, then you aren't either."

In a statement, Appling took aim at investigators after a group online calling themselves "Jane's Revenge" took credit for the attack.

“It’s perplexing that Jane’s Revenge has not only taken credit for the fire bombing of our headquarters, but they have also threatened our personal safety and promised to continue this extreme violence to other pro-life organizations across the nation, and three weeks later not even a single person of interest has been named,” said Appling, President of Wisconsin Family Action.

Appling added, “Both Madison Police Chief Shon Barnes and Governor Tony Evers fell extremely short of showing any interest in bringing those responsible to justice and instead exhibited empathy with pro-abortion activists and their emotional reaction to overturning Roe. Therefore, we believe it necessary to offer this reward to help move this investigation along.”

WFA is offering up to $1,500 for information related to the incident.

In response to the Appling's frustration over the investigation, a spokeswoman for Madison police said these types of incidents take time.

"We understand the desire for an immediate resolution," said Stephanie Fryer, a spokeswoman for MPD. "However, investigations into this type of incident are time-consuming, and involve painstaking analysis of evidence collected, witness interviews conducted, and tips received."

Officials are encouraging anyone with information related to the incident to contact Madison Area Crime Stoppers at 608-266-6014.