Antetokounmpo back in Bucks' lineup for his 27th birthday 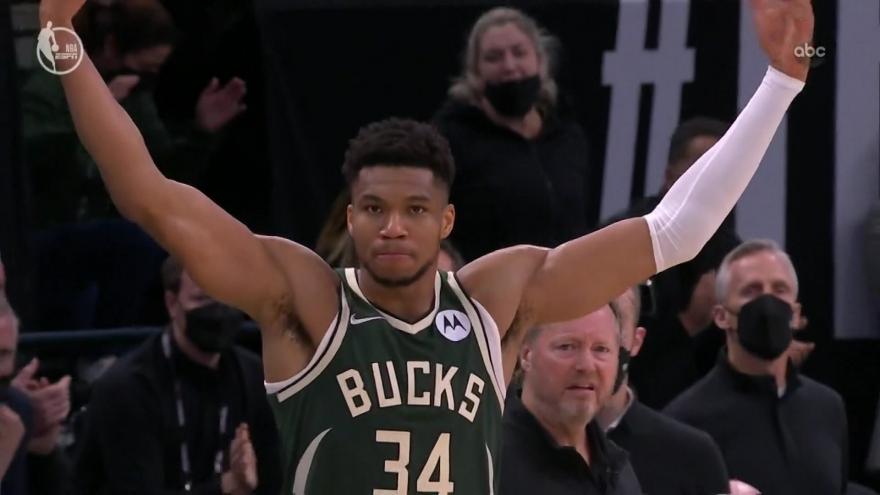 MILWAUKEE (AP) — Giannis Antetokounmpo is celebrating his 27th birthday by returning to the Milwaukee Bucks' lineup after a two-game absence.

The two-time MVP is listed among the Bucks' five starters for their Monday night game with the Cleveland Cavaliers.

Antetokounmpo had been listed as questionable due to a sore right calf that knocked him out for the previous two games.

The Bucks lost 97-93 at Toronto on Thursday to snap an eight-game winning streak. They rebounded at home two nights later by rolling to a 124-102 victory over Miami.

Birthday Boy back in lineup for tonight: pic.twitter.com/TQDK5kHXtP