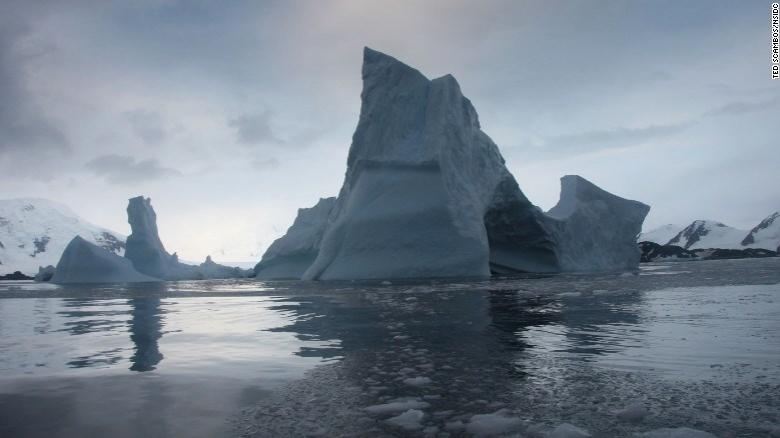 (CNN)Antarctica is gaining more ice than it has lost, according to a new study by NASA.

A NASA team came to this conclusion after scientists examined the heights of the region's ice sheet measured from satellites.

The new methods used by scientists to come to this study's conclusion, such as measuring small height changes in the ice over large areas, warrant consideration. But the findings do conflict with more than a decade of research indicating that Antarctica is losing ice and that the loss has contributed to rising global sea levels.The continent is roughly the size of the United States and Mexico combined, and changes in the ice are not uniform across Antarctica. Some places are gaining ice, and some are losing ice.

Many scientists agree that the Antarctic Peninsula and parts of West Antarctica are losing ice and that the rate of loss is increasing. In the eastern part of the continent and part of the interior, there have been ice gains. These gains, scientists from the study say, are more than the losses in the rest of the region.This net gain in ice would mean that Antarctica would not be contributing to sea level rises, but could help offset some of the major ice losses in places from Greenland and glaciers worldwide.

Scientists suspect that increased snowfall, which began 10,000 years ago, is the reason for the gain in Antarctica. Over the years, the snow has accumulated and compacted to form ice.

However, this isn't good news for our climate necessarily. Authors of the study say the increasing loss of ice in the West Antarctic and the peninsula, plus slowing ice gains elsewhere on the continent, could mean that there will be overall losses of ice in the next 20 years.

In fact, this may already be occurring, according to other research published as recently as this week, which suggests the West Antarctic ice sheet is destabilizing, which would more than overcome the ice gains and could result in 3 meters of sea level rise.

Right now, it's believed that ice loss in Antarctica contributes to roughly 8% of global sea level rise. This rise can been seen in recent high tides in coastal cities like Miami.

If this study is correct, and Antarctica is not contributing to this rise in sea level, that means scientists must be underestimating the impact from other sources of sea level rise -- such as from melting from Greenland or the heating of the oceans.