Another round of snow arrives Sunday afternoon

NOW: Another round of snow arrives Sunday afternoon

Only a few days after parts of southeast Wisconsin got dumped on with over a foot of snow another round of the white stuff is on the way. The next round of snow arrives Sunday with snow starting from late morning out west into the early afternoon near the lake. The snow will continue most of Sunday afternoon and especially Sunday evening before wrapping up around midnight Sunday night into Monday morning. 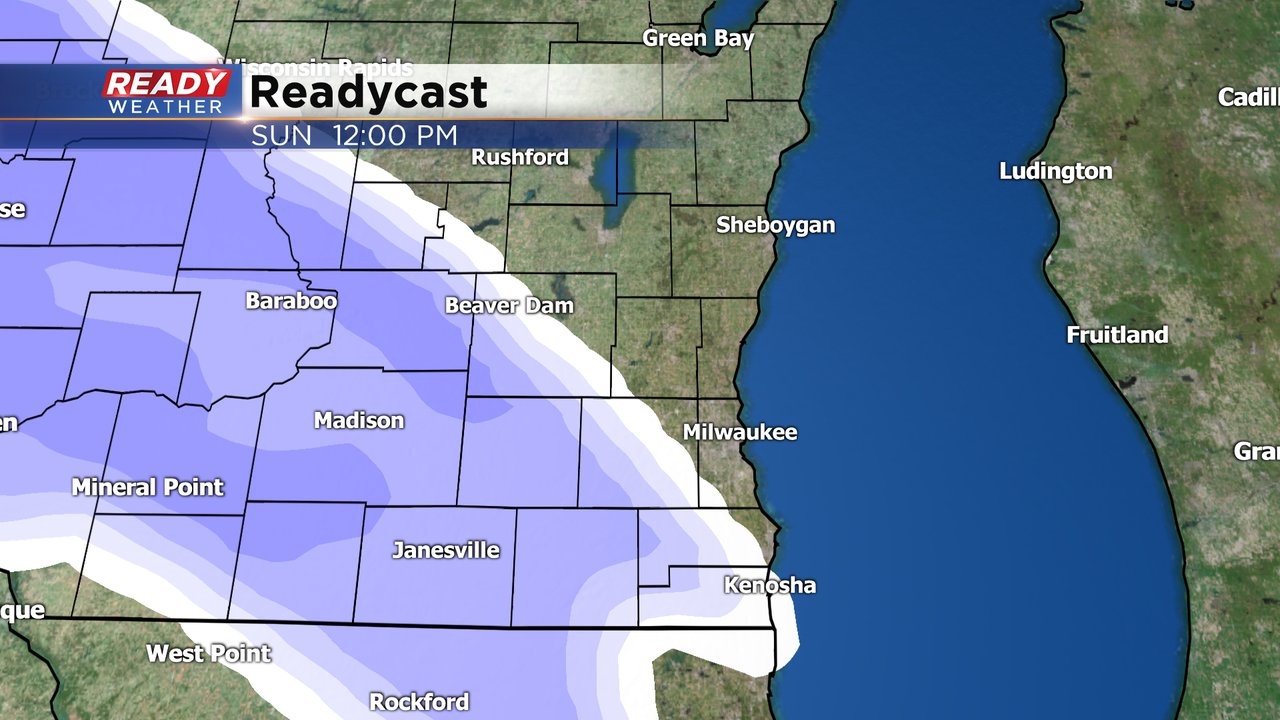 High temperatures on Sunday will rise into the lower 30s so this will be a wetter and heavier snow and therefore a little harder to shovel. Snow totals look fairly light with most of southeast Wisconsin seeing between 1-3" and overall many of us will hover right around 2". 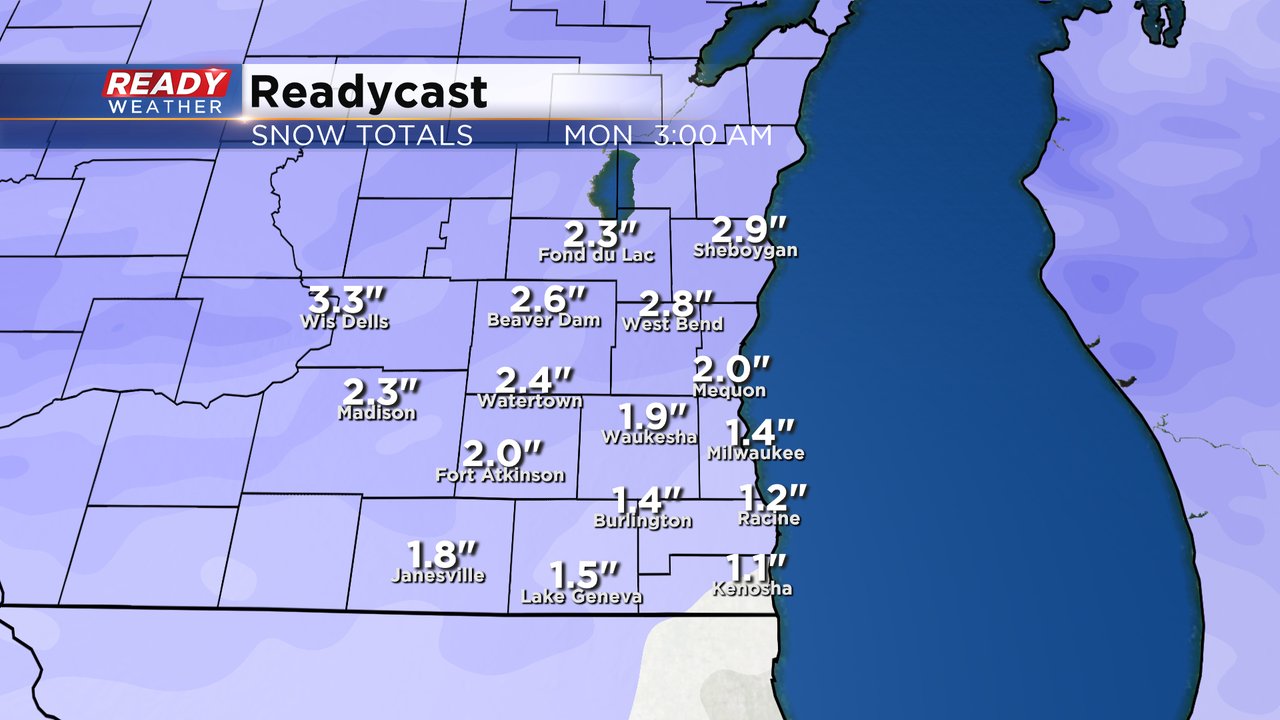 Even with it being a lighter snow, there will still be some impacts on the roads. Expect tricky travel with snow covered or slushy roads most of Sunday afternoon and evening. A majority of the main roads should be in better shape by the Monday morning commute. Cold and wind are not big threats with this storm. 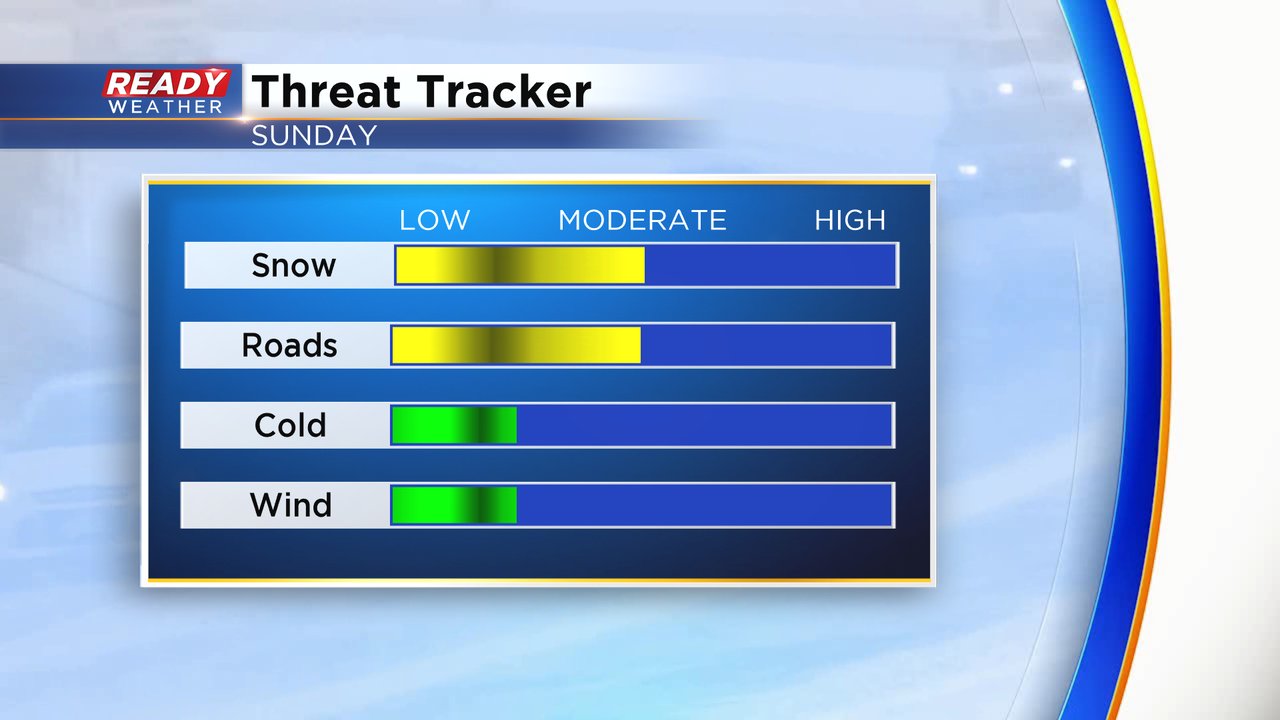 Milwaukee is currently about 10" above-average on snowfall through this point of the season and running just behind two winters ago when we had 45.1" of snow by February 18th. 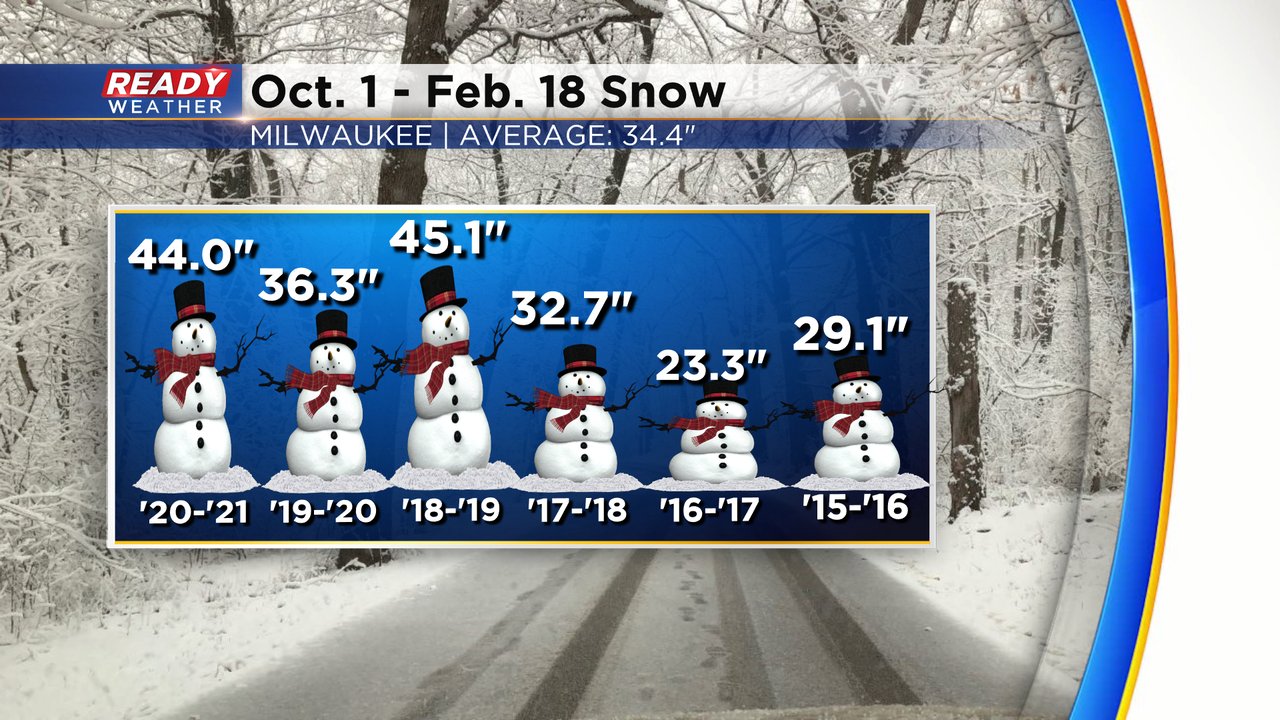 Download the CBS 58 Ready Weather app to track the snow and see any forecast changes the next 48 hours.