The last bit of snow is moving through or eastern counties of Ozaukee, Milwaukee, Racine and Kenosha. Any lingering flurries should be gone by 10 p.m. at the latest. Roads have become slick and slushy but should dry out overnight. 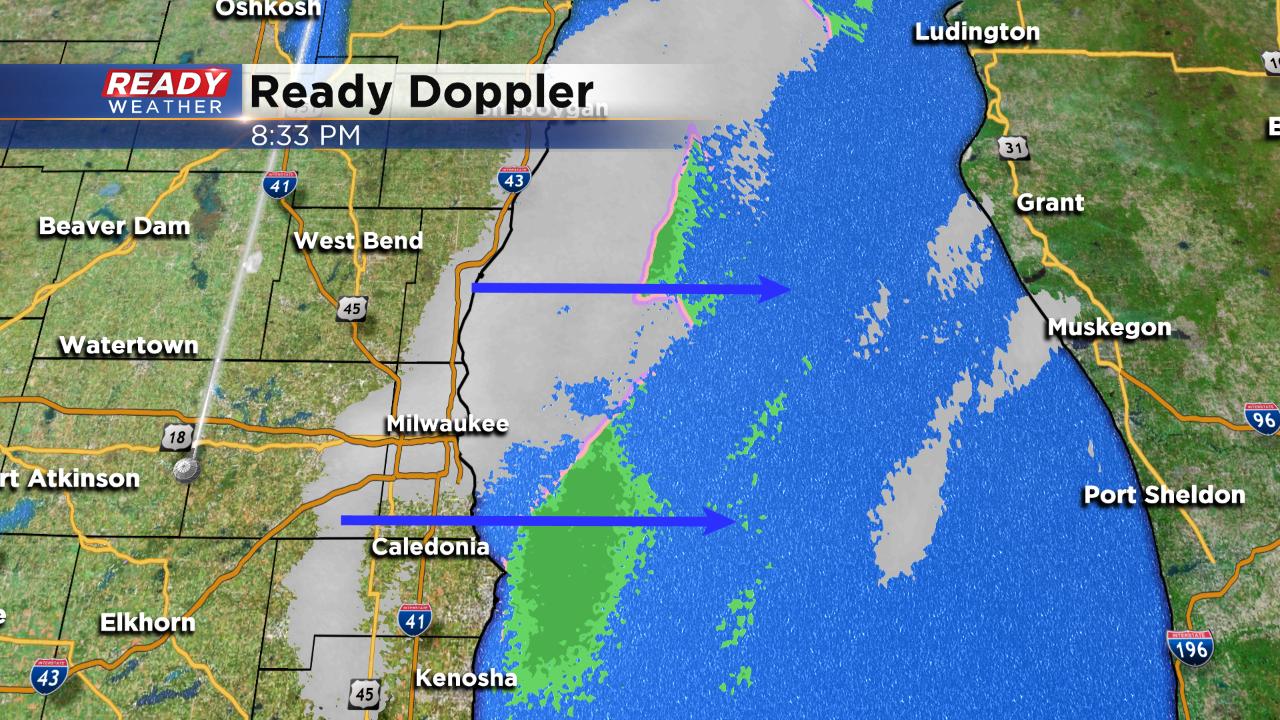 Snow totals continue to go up with numerous locations in hard hit Racine and Kenosha Counties reporting 6" or more. The rest of southeast Wisconsin picked up about 2" to 4". I guarantee all of the snow will melt by Wednesday and three days in at least the 50s. Most will see it all melt Monday with lots of sunshine. 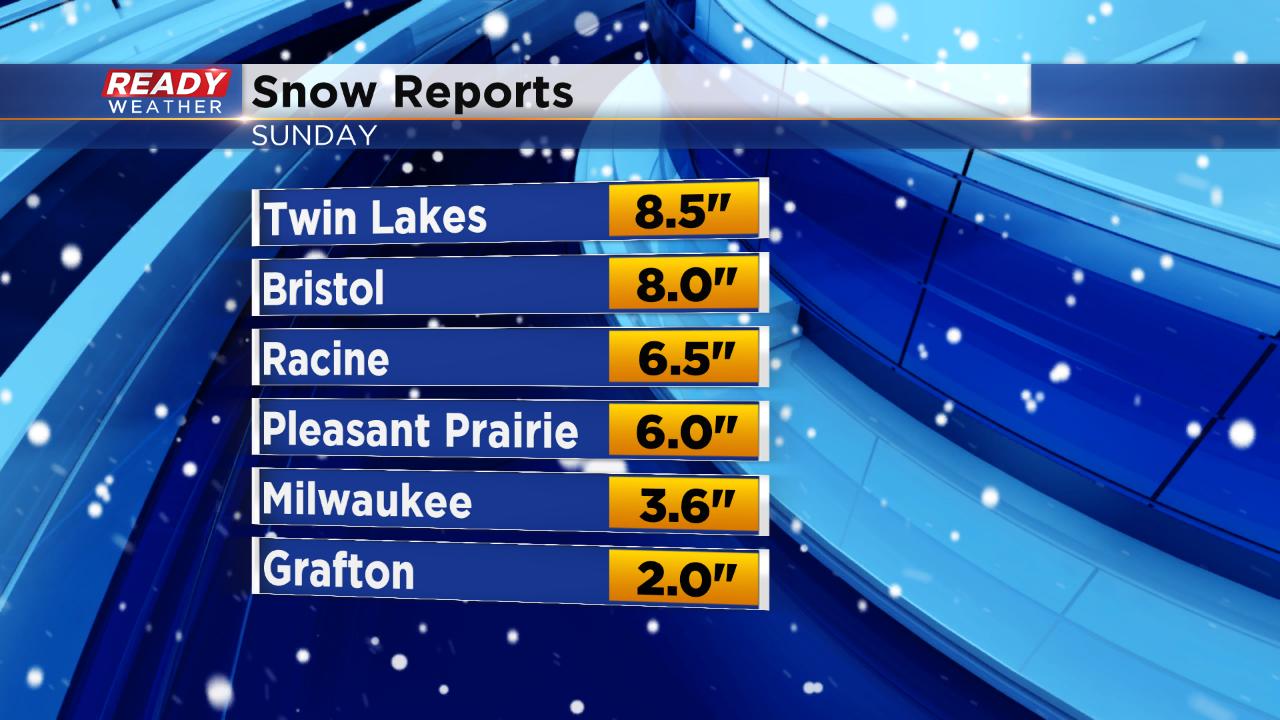 Snow is starting to wrap up in our far western communities and that drying line will continue to move east. As the backside of the storm pushes through it's actually bringing another round of heavy snow. That far western band could drop a half inch of snow per hour as it pushes east. Another inch or two of snow is possible for many communities with the snow wrapping up around 9 p.m. for all. 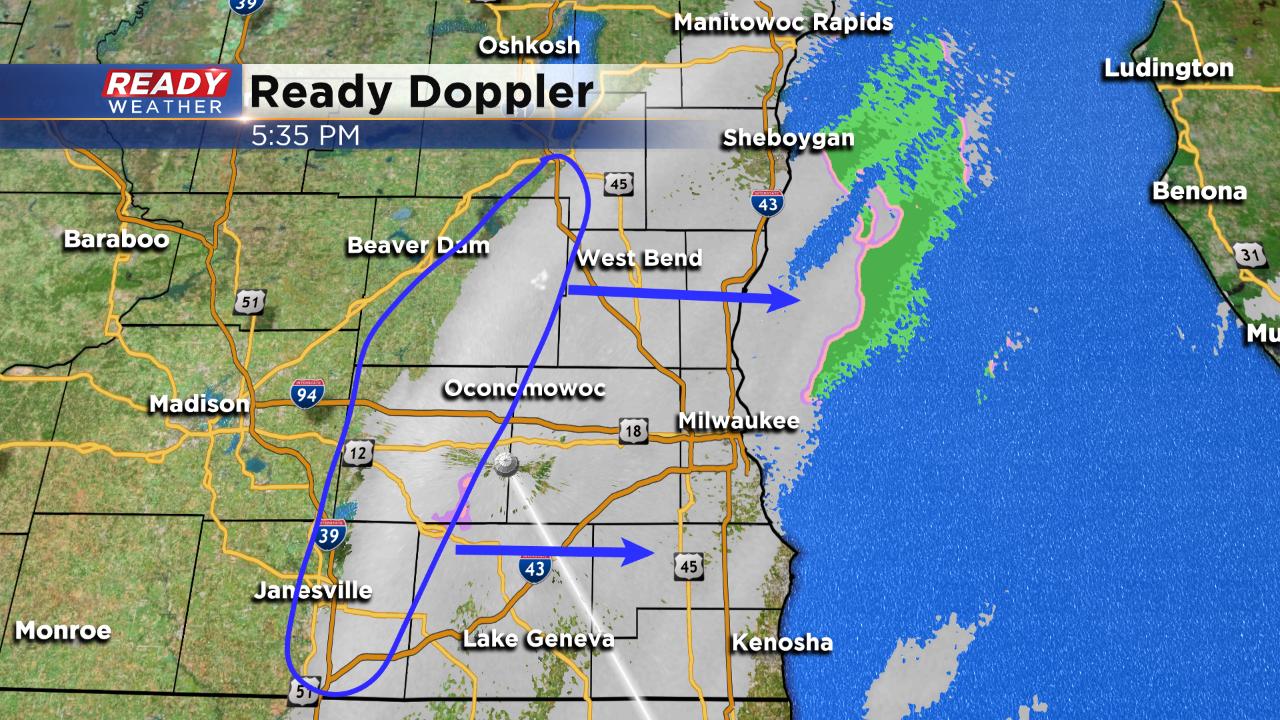 Here are the latest totals. Parts of Racine and Kenosha Counties got well over a half foot of snow. 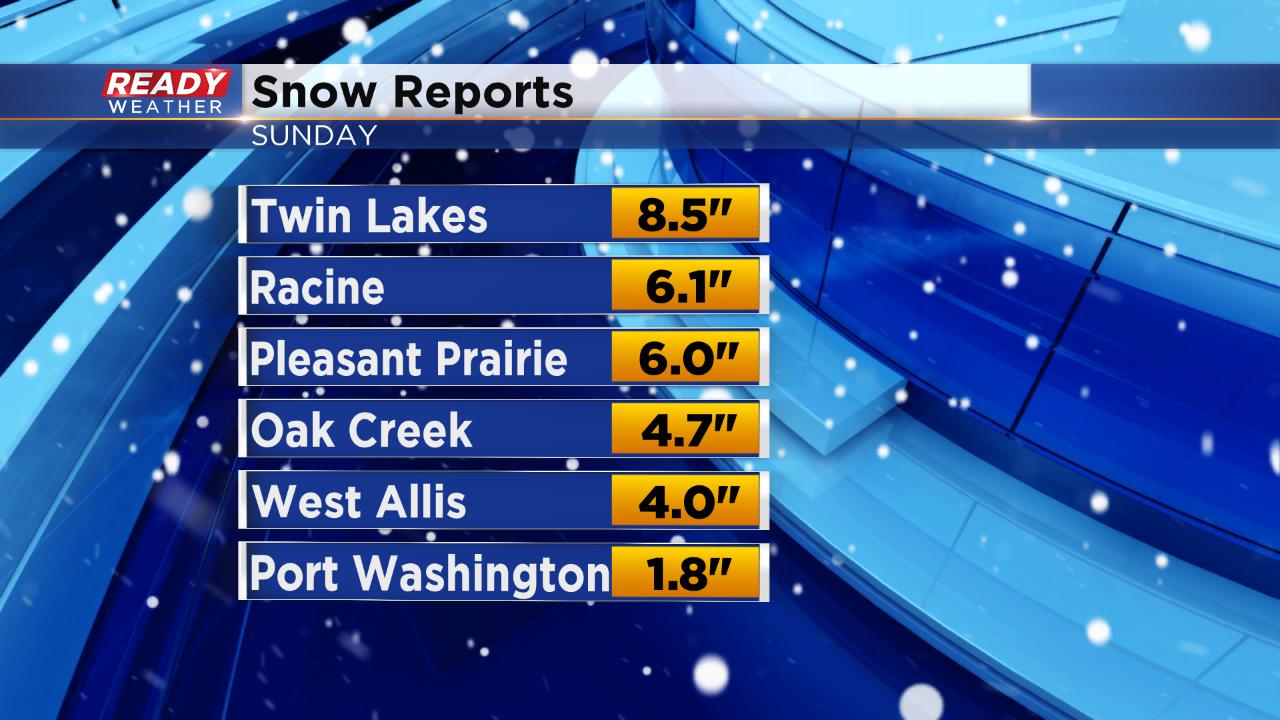 Heavy, steady snow continues to fall for most of southeast Wisconsin. There is a sharp cutoff of those seeing snow from those staying mainly dry. As of 3 p.m. everyone east of a line from Fond du Lac to Beaver Dam to Madison has seen some snow. Heaviest accumulation has happened in our southeast counties where roads have become snow covered and slippery. 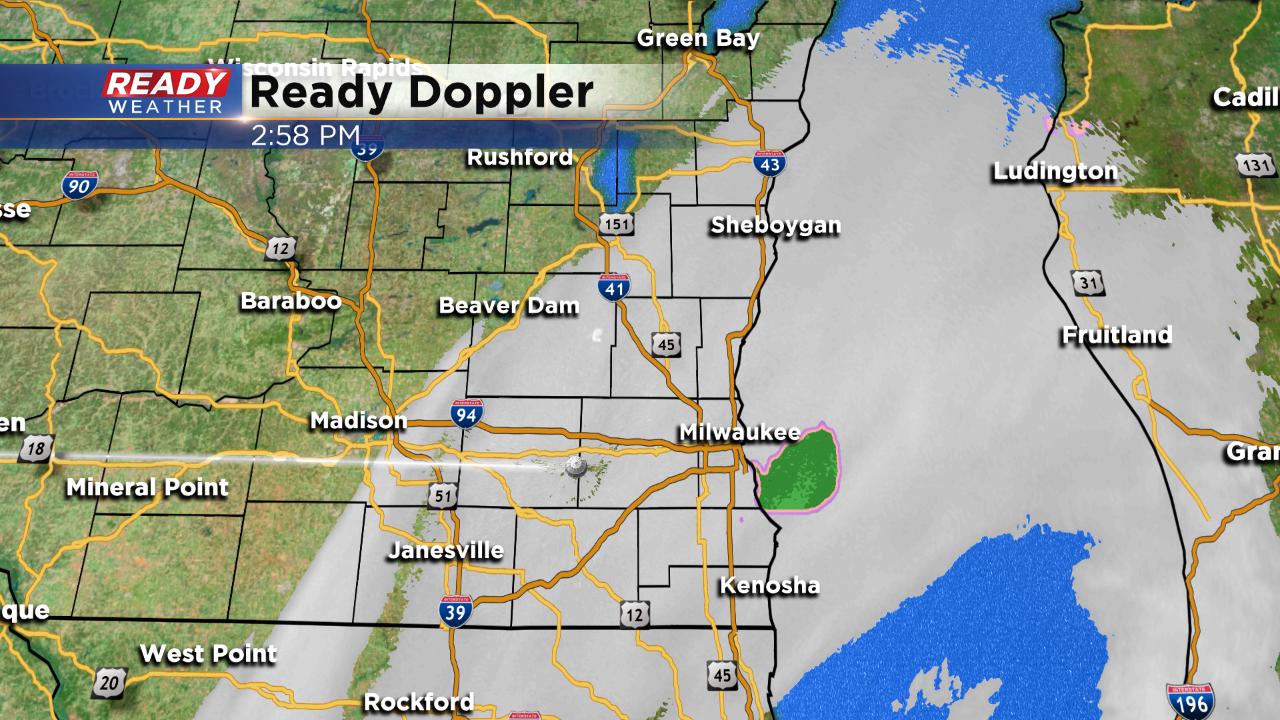 A first look at snow totals shows about four to five inches in Kenosha County and then 1-3" for areas north of that. 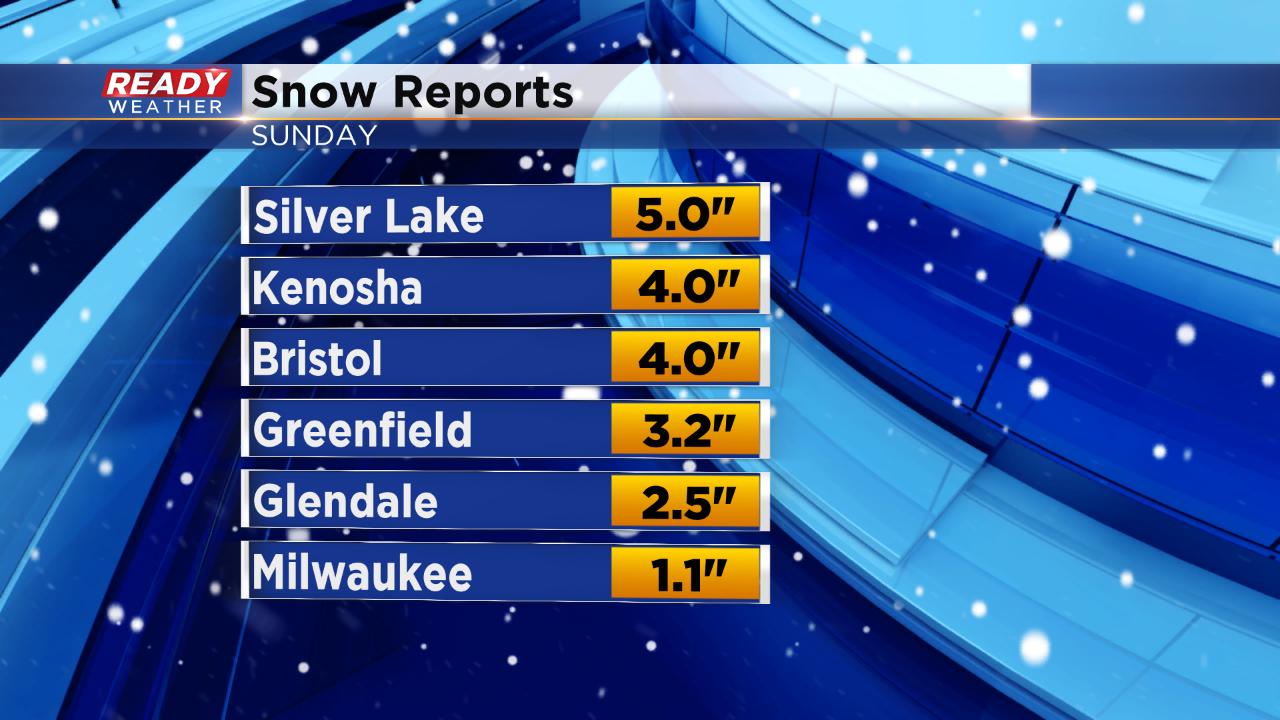 Snow will continue to fall at a steady rate through 8 p.m. so expect a couple more inches for most of the area.

Steady snow has moved into the southern and eastern half of our viewing area. The rate of snow has increased which has caused visibility to decrease. Most main roads are just wet but there are plenty of slushy spots so take it slow on the roads. 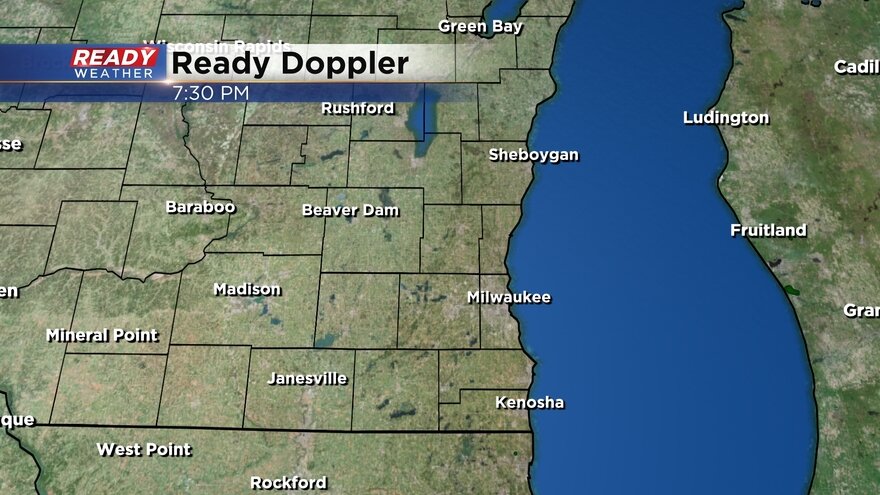 As seen in the radar image above, there is a sharp cutoff on the snow. Areas like Fond du Lac, Beaver Dam and even West Bend haven't seen much more than a flake if that while spots to the southeast already have a slushy inch or two accumulating on grassy surfaces. 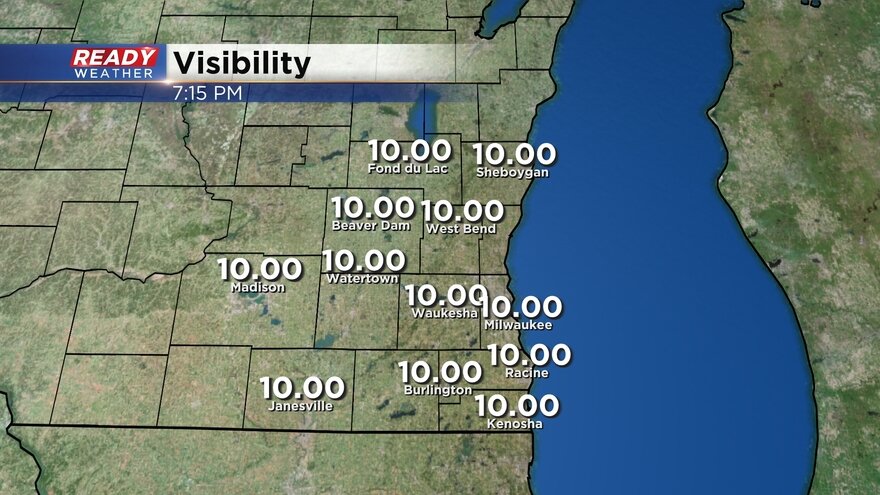 So far southeast Wisconsin has stayed dry but there is snow just south of the Illinois border and it is moving north. Snow is still expected to slowly spread north throughout the morning reaching areas like Milwaukee and Waukesha around 10 a.m. and a few northern communities by noon. 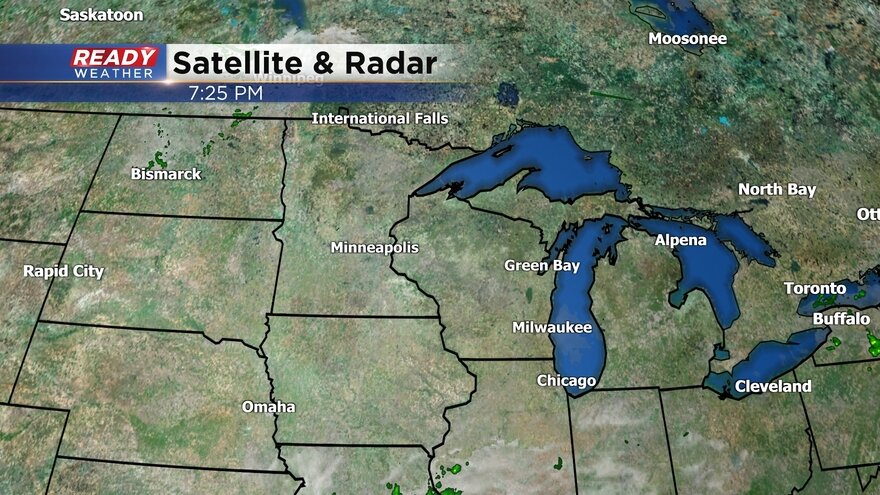 The best chance for accumulating snow will be around Waukesha and Milwaukee and areas south. In this area most spots could get 1-3" of snow but close to the Illinois border could see isolated spots as high as 4". Areas north of Milwaukee and Waukesha could escape with just a few snowflakes or a dusting. Most of the accumulation will stay on grass. Roadways should remain mainly wet but could get a bit slushy if the snow falls at a fast rate.

The wind has also started to pick up with gusts already reaching 30 mph. This strong wind will blow around any snow that develops and also make the chilly 30s feel even colder with wind chills in the 20s. 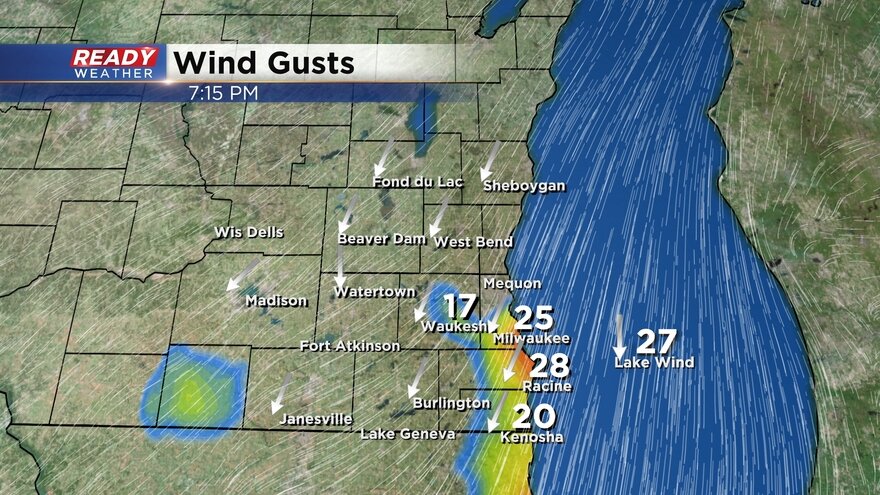 Winter in April is in full force. Some spots picked up nearly 4" of snow on Wednesday and another round moves in for Sunday. This time we avoid the wintry mix with the majority of precipitation staying just snow. Expect the snow to fall at a fairly heavy rate from morning through the evening. 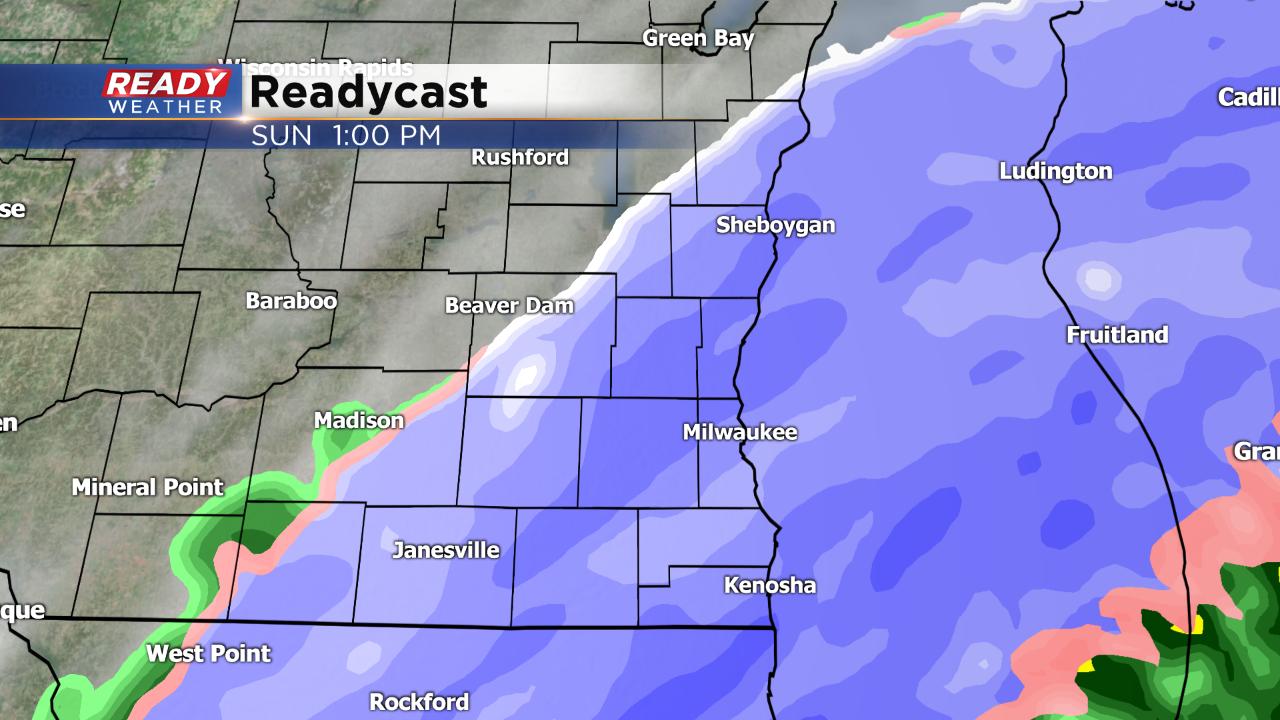 There is some disagreement among weather models as to how far north and west the snow will get. Areas north and west of a line from Sheboygan to Janesville can expect anywhere from a few flakes to an inch or two. The better chance for snow is east and south of that line where parts of southern Milwaukee County and Racine and Kenosha Counties could see as much as three or four inches. 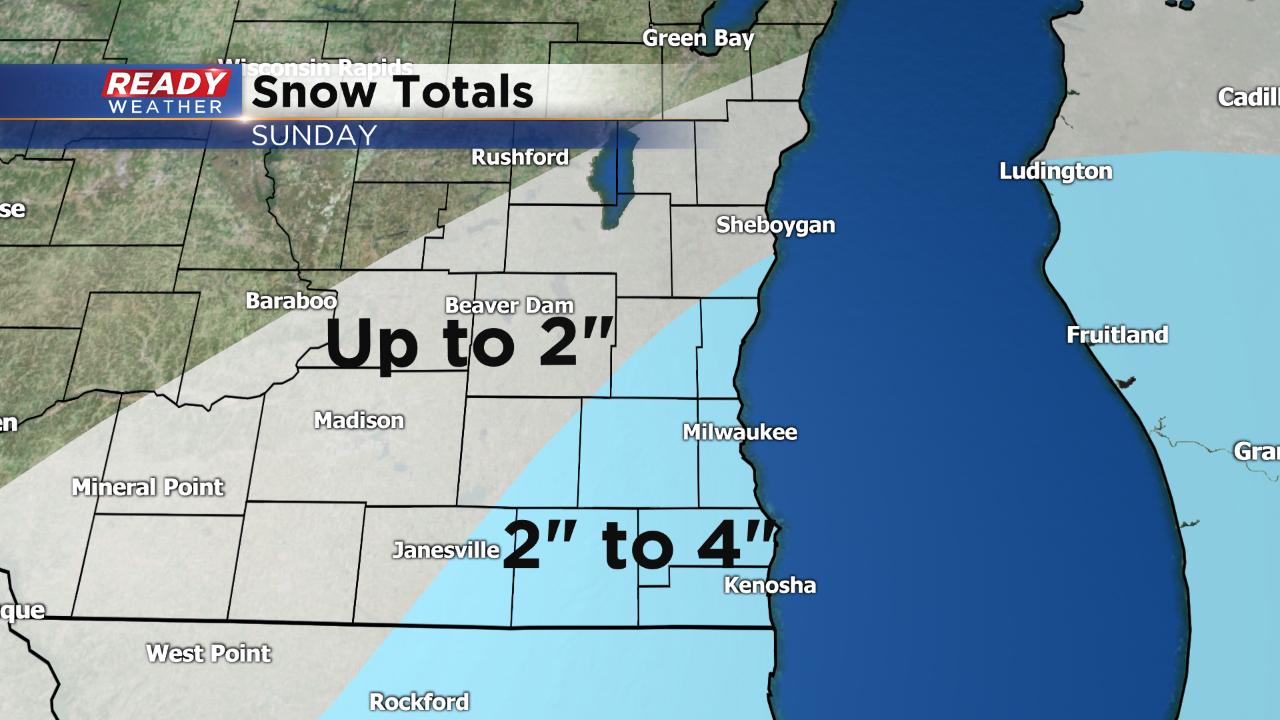 The weather will play a big role for fans going to Fiserv Forum for the Milwaukee Bucks playoff game and those watching the pep rally festivities on the plaza. Bundle up if you plan on spending anytime outdoors with temps in the 30s and wind chills in the 20s. Snow is expected to wrap up during or just after Game 1 finishes. 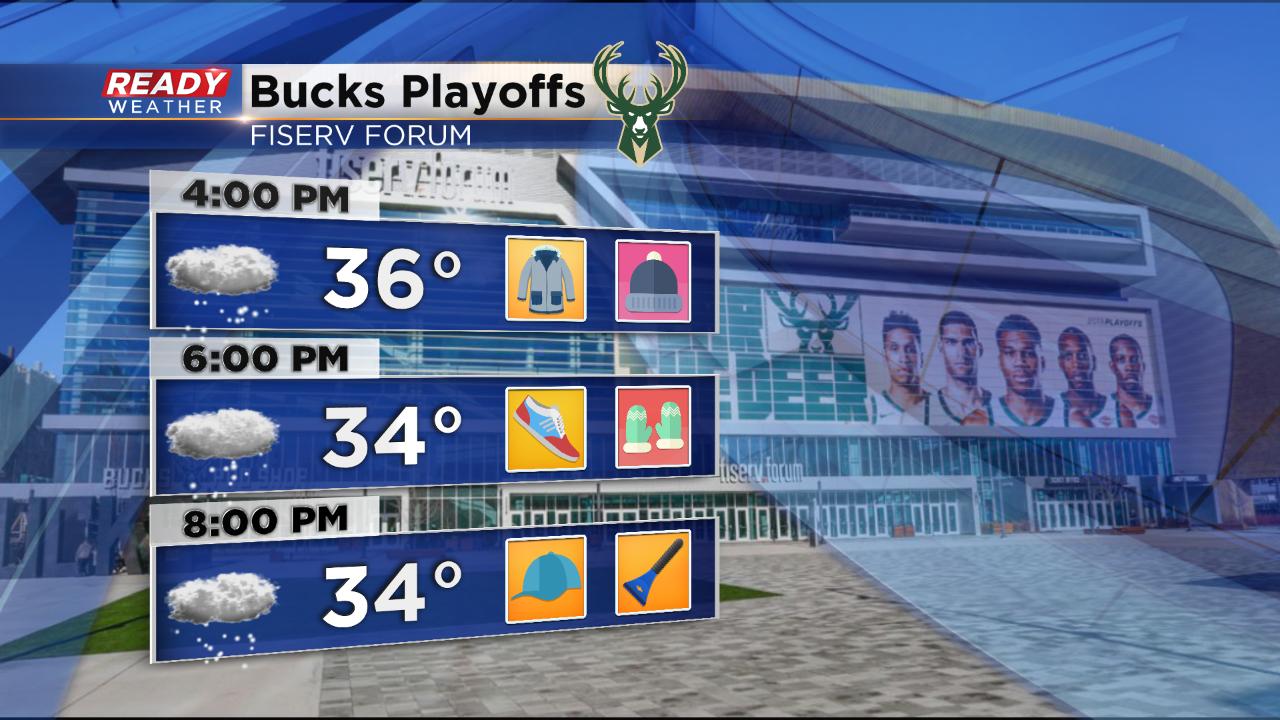 Download the CBS 58 Ready Weather App to track the snow and see how far north and west it gets.