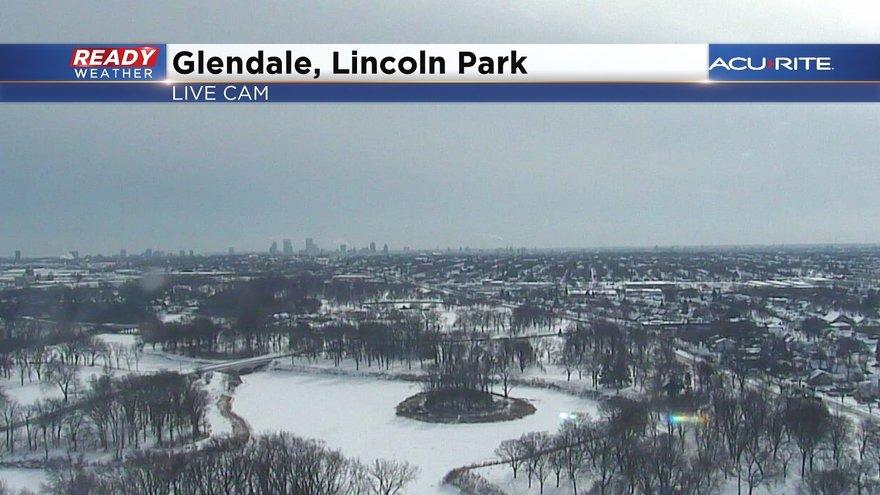 The snow ended across southeast Wisconsin between 9 a.m. and noon. Some western spots are already seeing the sun start to shine and everyone will see some sun before the end of the day. Expect a little bit of the snow to melt and compact.

Snow totals are continuing to come in, but southern spots picked up the most. The highest report so far is 6.1" just north of Racine. Milwaukee officially picked up 4.3" at the airport which should put us above average for the season, but more on that in another Ready Weather blog later this afternoon.

Here's a table with a few select snow totals:

Snow is ending in our western spots with Madison already starting to dry out and parts of Dodge and Fond du Lac County seeing the last flakes fly. 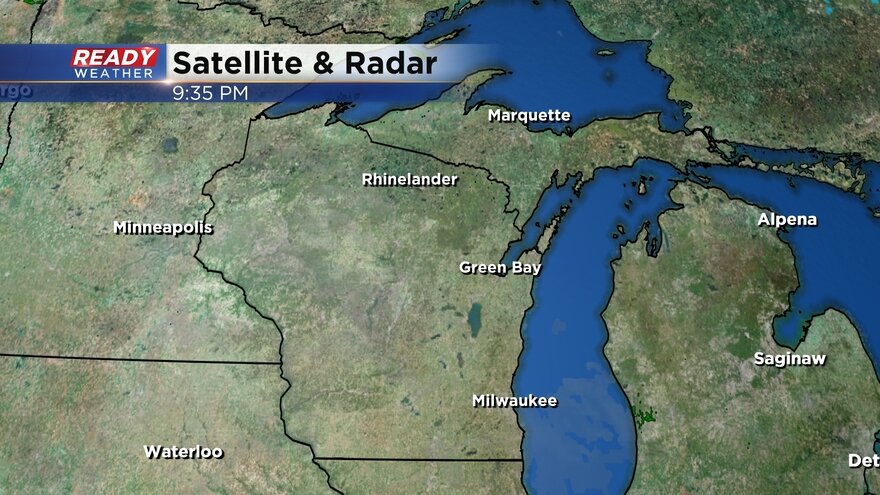 Snow will continue in eastern communities until 11 a.m. and the winter weather advisory is expected to expire at noon. Another half inch to inch of snow is possible the next few hours.

Totals are starting to come in with most of the area picking up between 2-5" of snow. A few isolated spots closer to 6" will be possible in southern spots near the Wisconsin/Illinois border. Here's a list of some reports as of 9 a.m. Sunday morning.

Snow has been coming down in most spots since midnight. Some moderate bands of snow have increased totals a little for this morning. Here's what the radar looks like as of 7 a.m. with most spots seeing steady to scattered light snow as it begins to wind down. 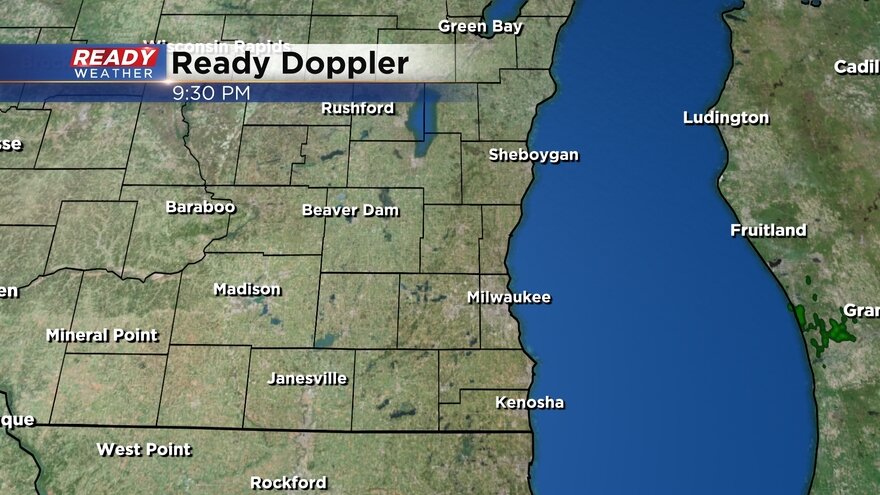 The winter weather advisory has been expanded north to include all of southeast Wisconsin and will last until noon when the last flurries will end.

Reports have already started to come in with the highest amounts falling in southern communities. Kenosha has already picked up 4" and Pleasant Prairie has seen 3.8". The official snow report in Milwaukee at the airport was 2.8" as of 6 a.m. Some of the latest storm reports can be found here.

Another inch or two of snow will fall the rest of the morning. Full storm snow totals everywhere will likely be about 2" higher than Saturday night forecasts with southern communities near the border seeing as much as 5" and northern spots around 2". Milwaukee and Waukesha should expect about 2-4".

Snow is still on track to arrive shortly after midnight Sunday morning. By 5 a.m. most of southeast Wisconsin will see steady snow with the snow starting to dissipate after 9 a.m.

Totals remain on track with less than 2" for northern spots and isolated spots to 4" to the south. Best chance for near 4" will be along the Wisconsin/Illinois border. Parts of Fond du Lac and Dodge county will see the least with only a few tenths of an inch.

Our snowy week is coming to an end but there is still one more round of snow to go. A winter weather advisory has been issued for our southern tier of counties of Walworth, Racine and Kenosha from midnight Sunday until noon.

Light, steady snow is expected to arrive during the overnight hours and will last through the morning wrapping up just before noon. The snow will start moving in from the south before moving north. Everyone across southeast Wisconsin will see at least a little measureable snow. 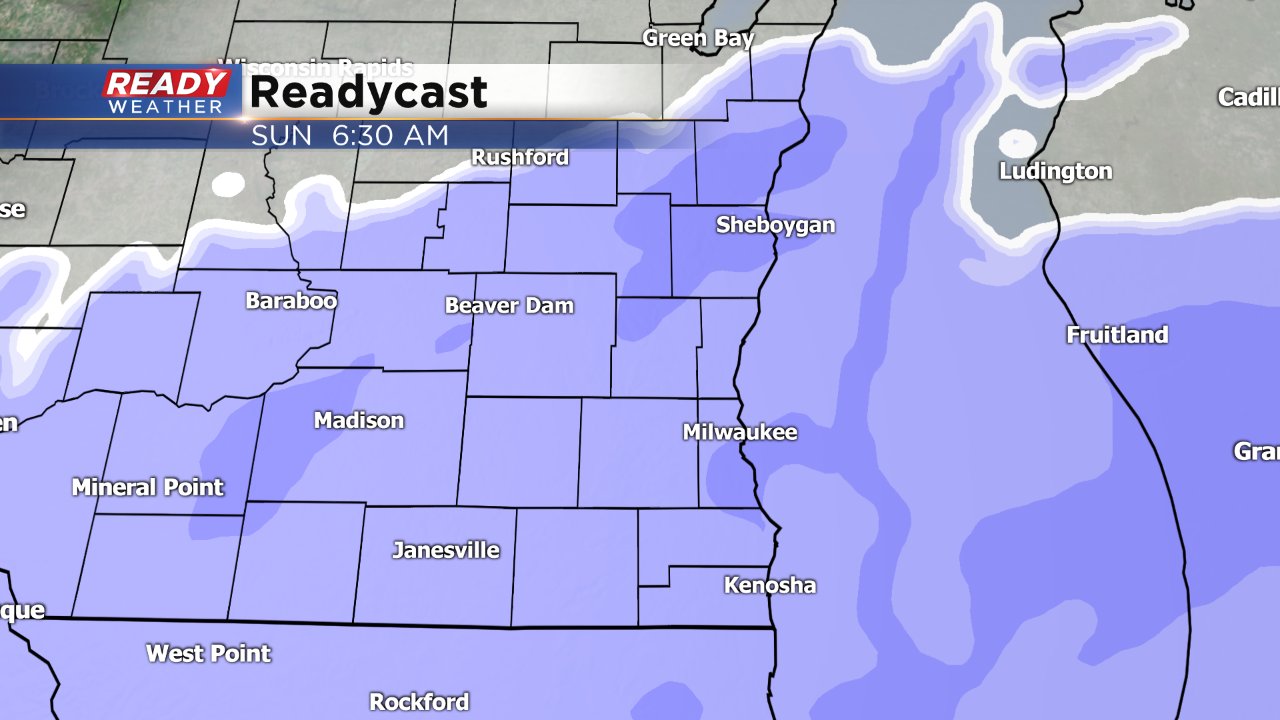 Snow totals look to remain light, especially when compared with the event from Thursday night into Friday. The counties in the advisory area will likely see the most snow where a little over 3" may be possible. Most of southeast Wisconsin will pick up between 1-3".

After Sunday morning's snow we finally get a break with our next chance for snow not arriving until Friday.

Download the CBS 58 Ready Weather app to track the snow as it moves towards your house.