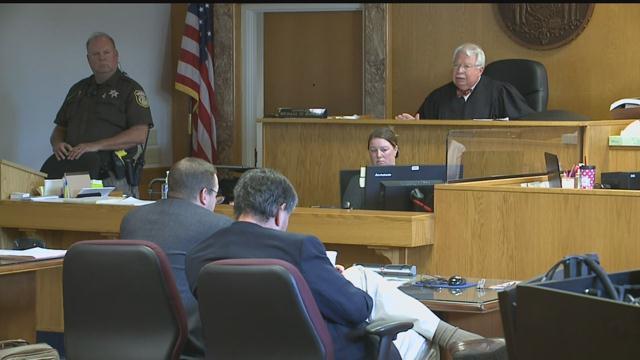 Another delay in the Slender Man stabbing case in Waukesha.

The court was worried about the reports of one of the doctors evaluating defendant Morgan Geyser.

So, the judge decided on Tuesday to appoint yet another psychiatrist.

Geyser appeared at the hearing on a video conference.

Co-defendant Anisa Weier was on the phone.

Although 12 at the time of their arrests, both are being tried as adults for the 2014 stabbing of their classmate.

The victim made an incredible recovery from more than a dozen stab wounds.

When the suspects talked with police after their arrests, they said they were trying to appease a fictional horror character called Slender Man.

At the most recent hearing, the judge expressed concern over the latest, but necessary, delay.

"The case has been pending for over 2 years. Time is relative," said Judge Michael Bohren of  Waukesha County Circuit Court. "But,  it's good to keep the case moving if the court can. I'm satisfied that the court should appoint a new doctor and have a new report come in."

All of the doctor reports were due back on October 13th.

But that hearing has now been pushed back to November 11th.