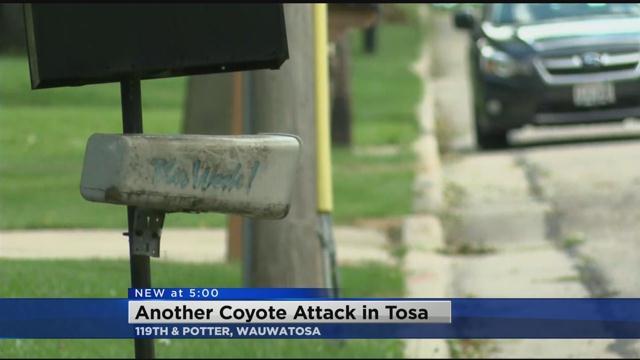 Another dog is dead after being mauled by a coyote in Wauwatosa.

Wauwatosa Police say a neighbor called in the attack just after 6 AM Saturday morning near 119th and Potter.

By the time officers arrived the dog's owner had already rushed their severely injured 10-pound Schnauzer to an animal hospital.

The dog later died from its injuries.

The attack comes just days after a dachshund died in another coyote attack on Underwood Parkway in Tosa.

Police are working with the Department of Natural Resources in the two investigations.