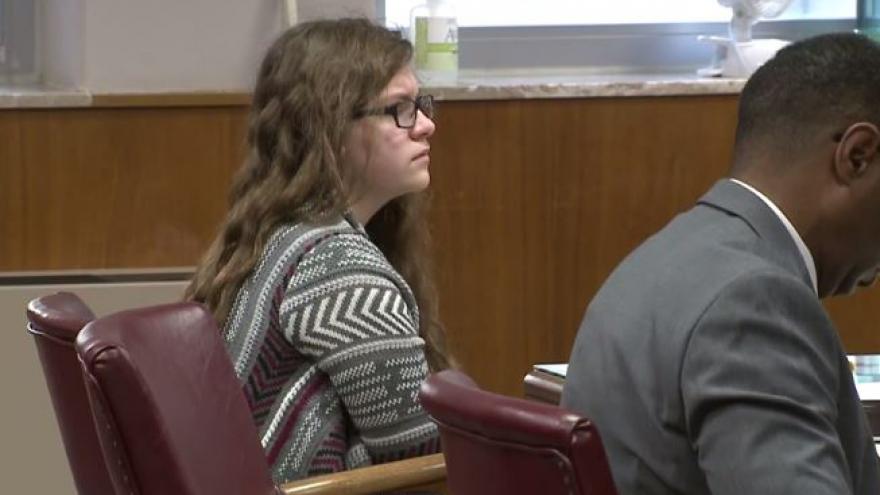 WAUKESHA, Wis. (CBS 58) – The jury in the Slender Man stabbing trial has found Anissa Weier not criminally responsible for stabbing a classmate due to mental illness.

Jurors reached the verdict late Friday night after deliberating for more than 12 hours. At one point in the night, it appeared the jury had reached a verdict, however they were sent back into deliberations by the judge due to an inconsistent verdict.

Weier pleaded guilty in August to being a party to attempted second-degree intentional homicide but claimed she wasn’t responsible for her actions because she was mentally ill. Per the plea agreement, this verdict means Weier will be placed in mental institution until at least 2020.

On May 31, 2014 Anissa Weier and Morgan Geyser had a sleepover with the victim, a classmate from school. All three girls were 12 at the time.

Investigators say Weier and Geyser had been planning to kill their friend for months, believing it would help them become proxies of the fictional character Slender Man.

According to police, the girls lured the victim into the woods to play hide and seek.

According to their testimony, Geyser sat on the victim’s legs and stabbed her 19 times. A bicyclist later found the victim and called for help. The victim survived her injuries.

The young suspects were found walking along I-94 on their way to the Nicolet National Forest, telling investigators they believed Slender Man had a mansion where they would live.

The trial for Morgan Geyser, the other suspect in the case, will begin October 16.

She has pleaded not guilty to a charge of attempted first degree intentional homicide and is being tried as an adult. The jury, as in Weier’s trial, will be sequestered.

Geyser’s mental health has also been at the center of the investigation.

Her defense team argues she has a mental health condition that played a key part in the crime.