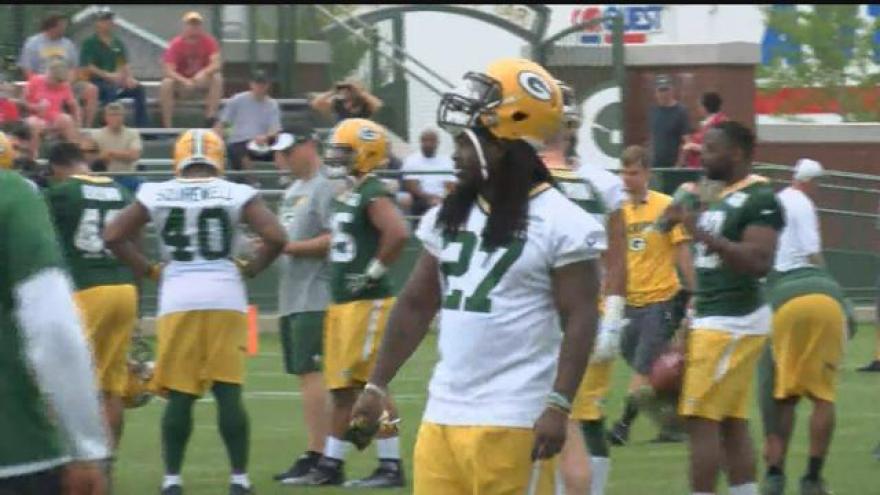 Packers-nation getting its first look this season's roster.

One of the players many people were anxious to see was Eddie Lacy.

Eddie Lacy was looking better and feeling the same coming into OTAs.

Coach Mike McCarthy had strong words about lacy after the worst season of his career.

Lacy back and in shape after a season where he had career lows in rushing yards and touchdowns.

Also it was a season where he was benched at one point for missing curfew.

Between that and the weight gain, Lacy says this offseason has been about discipline with his diet and his work habits.