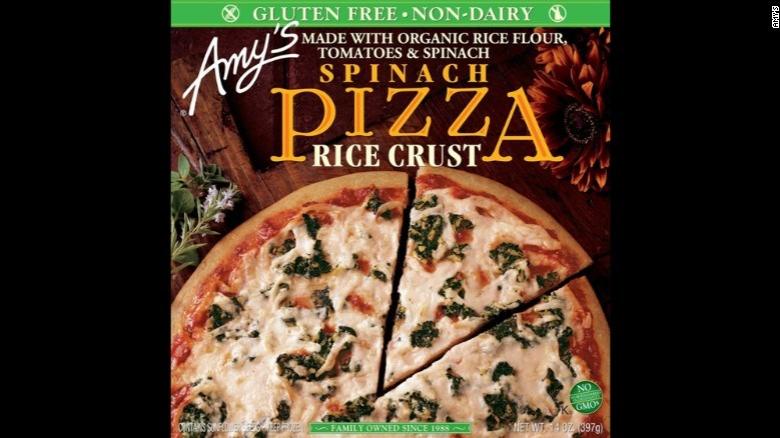 Amy's Kitchen Inc. says it's recalling nearly 74,000 cases of its products that could contain listeria.

In a statement released through the Food and Drug Administration on Sunday, Amy's Kitchen said that it was voluntarily recalling the products after learning from one of its suppliers that it may have received organic spinach that was possibly contaminated with listeria monocytogenes.

The California-based organic and natural food company said it wasn't aware of any reports of illness connected with its products, but was recalling them \"out of an abundance of caution.\"

The recalled products, which are listed on the FDA's website and were distributed throughout the United States and Canada, include multiple types of vegetable lasagna, tofu scrambles, spinach pizza, enchiladas, brown rice and vegetable bowls and stuffed pasta shells.

Listeriosis, a serious infection caused by eating food contaminated with listeria, primarily affects the elderly, pregnant women, newborns and people with weakened immune systems, according to the Centers for Disease Control and Prevention.

In the United States, an estimated 1,600 people become seriously ill each year; approximately 16% of these illnesses result in death. Cervical infections caused by listeriosis in pregnant women may result in spontaneous abortion during the second or third trimesters or stillbirth.