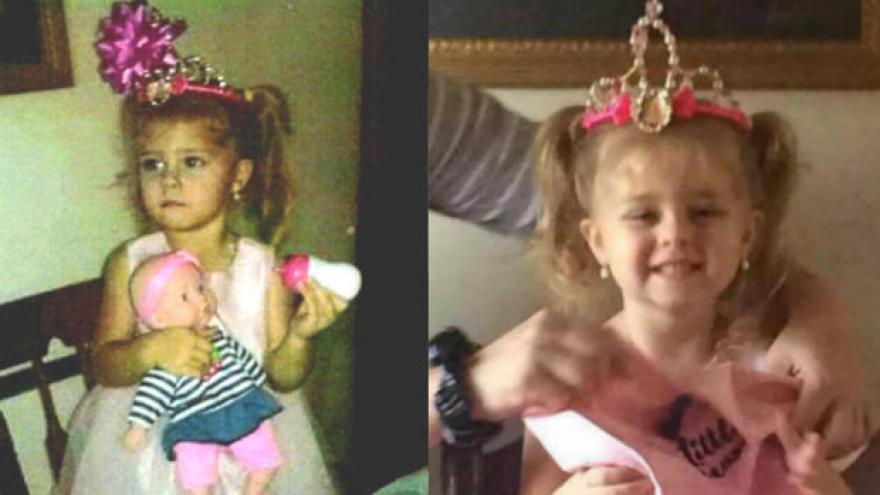 JACKSONVILLE, N.C. -- Officials issued an Amber Alert Monday as the FBI joined the search for a 3-year-old girl with an orthopedic leg problem who disappeared from her North Carolina home Sunday night.

In an interview with CBS affiliate WNCT-TV Mariah Woods' mother Kristy pleaded for her daughter to be returned safely.

"I'll do anything that I can, whatever you want, just bring her home please safe and sound," Woods said. "She's my baby, she's my everything."

Woods said she woke up Monday morning and noticed her daughter was missing from her bedroom in the family's Jacksonville home. She said the last time she saw her daughter was around 11 p.m. Sunday when she went to check on her.

Family members said there was no sign of forced entry or anything wrong with Mariah's room but did say the back door was unlocked. Once they realized Mariah was missing, Woods and her live-in boyfriend called authorities.

Family members said the girl has an orthopedic leg problem, causing her left leg to wobble as she walks. Mariah's grandmother said due to her granddaughter's walking issues, she can't imagine her wandering off.

The family also said Mariah would not have left with a stranger. The sheriff's office checked with Mariah's biological father but said he does not have the girl.

The girl's two older brothers were in the house when Mariah disappeared.

Onslow County Sheriff Hans Miller told the station that crews spent all day searching Jacksonville for the girl. The FBI has deployed special agents to aid in the search, a spokesperson for the FBI's Charlotte office told CBS News.

Mariah's mother describes her as their "little angel," with a goofy, outgoing and talkative personality."

Mariah Woods is about 2 feet 9 inches tall, weighing 30 pounds. She has blond hair and blue eyes.

Anyone with information about the child's whereabouts is asked to call 911 or the Onslow County Sheriff's Office Investigations Division at 910-989-4070 or Crime Stoppers at 910-938-3273.  Information can also be anonymously texted via Text-A-Tip by typing TIP4CSJAX and your message to 274637 (CRIMES).