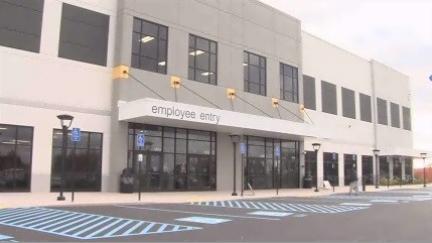 Workers are moving into the new Amazon fulfillment center in Kenosha.

The 1.5 million square-foot facility will bring 1,100 jobs to the area and city officials say the new facility is a $300 million investment.

The new fulfillment center is just a small part of Kenosha's big picture for job growth.

\"I think we're in a good position,\" said Mayor Keith Bosman. \"If people were looking for a job, Kenosha is the place to be.\"

ULine will bring 475 jobs, along with Kenall, a company that manufactures LED lights.

Insinkerator will also bring 250 jobs to Kenosha next year.