Amazon hiring thousands in one day including Kenosha 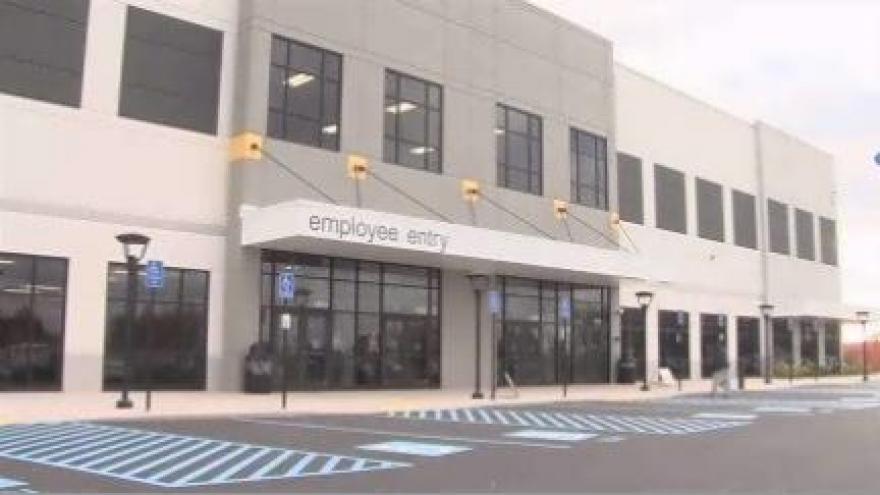 (AP) — Amazon plans to make thousands of job offers in just one day as it holds a giant job fair next week at nearly a dozen warehouses across the U.S., including Kenosha.

Those offered jobs on the spot will pack or sort boxes and help ship them to customers. Nearly 40,000 of the 50,000 jobs will be full time. Most of these jobs will count toward Amazon's previously announced goal of adding 100,000 full-time workers by the middle of next year.

The hiring spree is yet another sign of Amazon's massive growth at a time when traditional retailers are closing stores and cutting jobs.

It's also a way for Amazon to lock in employees before the start of the busy holiday shopping season, when other retailers look to hire seasonal workers. Retailers are facing a tighter job market; the nation's unemployment rate is 4.4 percent, near a 16-year low.

Amazon has long been known for investing the money it makes back into its businesses. Part of that involves opening new warehouses, or fulfillment centers, and filling them with employees. Consequently, Amazon has often reported quarterly losses , even as revenue grows.

The number of full-time and part-time workers at Amazon has swelled from 56,000 at the end of 2011 to more than 340,000 last year. In roughly the same period, the number of people employed by the parent company of Sears and Kmart has been slashed in half to about 140,000 workers.

Amazon plans to expand further: It recently announced a $13.7 billion deal to buy organic grocer Whole Foods, it added Sears' Kenmore appliances to its website and it's rolling out its own ready-to-cook meal kits, competing with companies such as Blue Apron.

Amazon's stock increased $10.03, or 1 percent, to $1049.90 in early afternoon trading Wednesday, after Amazon announced its plans.

Amazon.com Inc. said its jobs offer health insurance, disability insurance, retirement savings plans and company stock. Pay differs based on location, according to job postings on Amazon's site. It is offering a starting rate of $13 an hour for a full-time job in Baltimore and $12.25 an hour for a similar position in Kenosha, Wisconsin.

The job fair will take place next Wednesday from 8 a.m. to noon local time and will include tours and sessions with company representatives. Job prospects will also be introduced to robots and other automation technology Amazon uses at its warehouse operations.