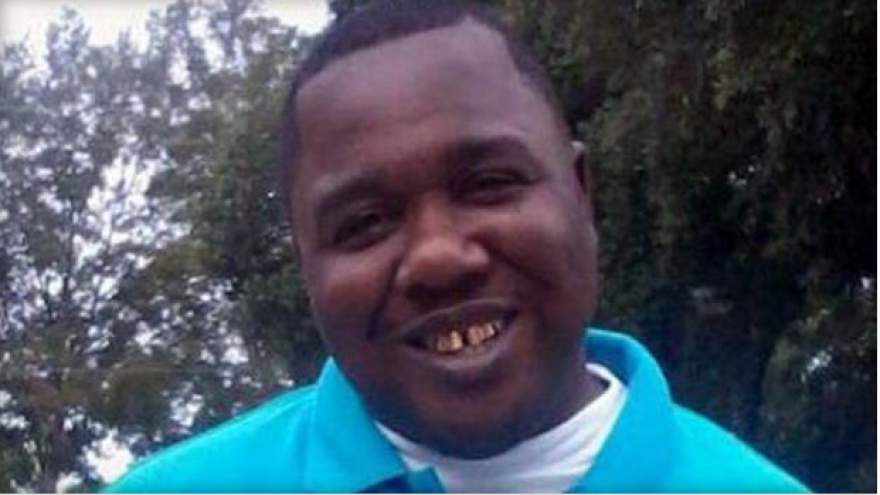 BATON ROUGE, La. - A Louisiana police chief announced on Friday disciplinary action against two white officers for the fatal shooting of a black man whose death set off widespread protests.

Paul said that Lake followed training, but Salamoni violated the department's use of force policy and has been fired effective Friday. Paul said Lake would be suspended for three days.

The officers recovered a loaded revolver from Sterling's pocket. As a convicted felon, Sterling could not legally carry a gun.

Two cellphone videos of the incident quickly spread on social media after the shooting. The videos released Friday include footage from the officers' body cameras and the store's surveillance camera.

Paul said the video is graphic and "shocking to the conscience." But he cautioned that it only tells "part of the story."

Paul said his decision wasn't based on politics or emotions, but on the facts of the case, testimony and recommendations of board members, but said he takes "full responsibility" for the ruling.  Both officers perceived the threat differently, he said -- one chose to de-escalate, and the other did not.

Both officers have remained on paid administrative leave since the shooting.

Paul said Friday it was his responsibility to conclude an administrative investigation after the federal and state investigations wrapped up.

He said the actions of the officers were not "minor deviations" from policy because they resulted in the death of another person. Both faced disciplinary hearings Thursday night, and each officer had an opportunity to speak and provide an explanation.

Lake answered all of the questions presented, Paul said. On the advice of his attorney, Salamoni chose not to answer questions, Paul said.

"Our actions as law enforcement officers need to reflect both legal and community stands as well as policies and practices of our police department," Paul said.

"Our officers should be guardians for the community," Paul said, and transition to "warrior" mentality only when their life or another's life is in imminent danger.

Paul pleaded with the community to cooperate with police officers.

Sterling's death inflamed racial tensions in the state's capital city and led to protests where nearly 200 people were arrested. Speaking Tuesday, Sterling's family said they were "devastated" by the decision not to charge the officers.

"They took a human away. They took a father away," said Quintela McMillan, the mother of Sterling's oldest son. "When I see the video, I see the dad of my son killed in cold blood."

McMillan doesn't think she will ever get justice for Sterling's death, but said she would be more at peace if the officers were fired.

"I don't think either one of them deserves to be in uniform," she said.

In June 2017, Baton Rouge Mayor Sharon Weston Broome called on Paul's predecessor, Carl Dabadie Jr., to fire Salamoni. Dabadie refused, saying it would be improper and premature because the shooting remained under investigation.

Paul said Tuesday that he and three deputy chiefs would preside over a disciplinary hearing - closed to the public - before he imposes any punishment.

Salamoni's attorney, John McLindon, said Tuesday that he expected the officer to be fired. He called it "grossly unfair" that a disciplinary hearing was planned less than a week after the end of the criminal investigations. Lake's lawyer, Kyle Kershaw, said his client's actions complied with department procedures.

Salamoni had served as a Baton Rouge police officer for four years before the shooting; Lake was a three-year veteran of the force.


© 2018 CBS Interactive Inc. All Rights Reserved. This material may not be published, broadcast, rewritten, or redistributed. The Associated Press contributed to this report.