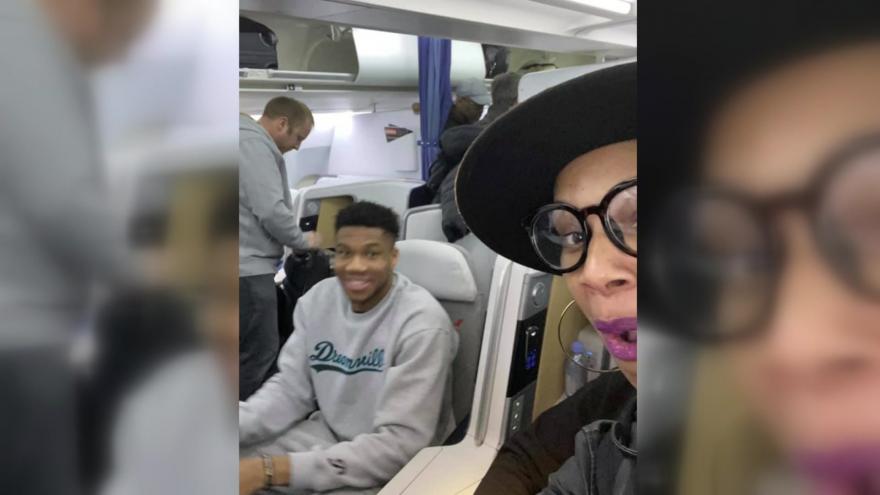 The arena was packed with a lot of Bucks fans, some that made the trip from Wisconsin.

It was an international showdown -- the first regular season NBA game ever to be held in the city of lights.

For some fans, that meant an early start to the weekend watching the game. But we spoke to some in Paris cheering on their favorite team, saying "Allez les Bucks!"

Bucks fan Denise Thomas says she's been bumping into other fans all over Paris, including Bucks President Peter Feigin. But Thomas started her sightseeing off on the plane ride there.

"I said, Giannis, I know you're probably tired, but we must take this picture. This is not an option."

Denise says she's the number one fan in Paris right now, but another fan who moved to Paris in 2011 says she's been waiting nine years to see her team play.

"I was extremely excited to learn that they were coming to Paris," said fan Courtney Lacomblez. "My hometown coming to my adopted city."

Courtney says it might surprise Americans to know the French love basketball.

"I wanted to do everything I could to get tickets, but I knew it was going to be tough because the French people enjoy basketball," she said.

There are several French players in the NBA, including Nicolas Batum of the Hornets. More than 100,000 people tried to get tickets for Friday's game, which quickly sold out. Lacomblez thinks this will help put Milwaukee on the map.

"Giannis is visiting the PSG, Parc des Princes, which is the stadium where Paris St. Germain's soccer team plays," Courtney said. "It's just really cool to see Milwaukee blending with Paris, I feel like Milwaukee is taking center stage."

Fans in Milwaukee hosted a watch party. They said they had no doubt that the Bucks would beat the Hornets in Paris, and that this time the victory is much sweeter because it tastes of champagne.