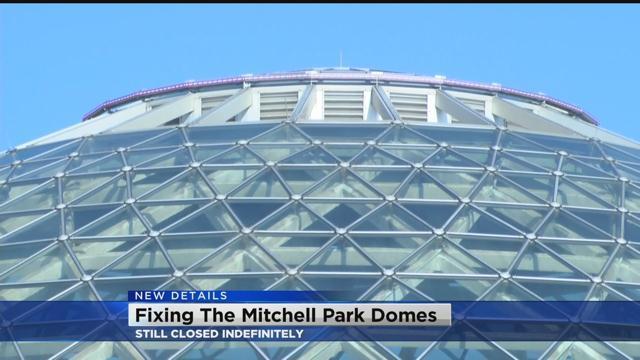 The Mitchell Park Domes, all three of them, are closed after officials found the structure of the arid dome was crumbling.

Milwaukee County Executive Chris Abele announced plans to wrap parts of the domes with plastic catch any falling concrete. That is the short term fix and potentially costing between $400,000 and $900,000.

Long term county officials said it would be much more expensive.

Last year just one of the domes was looked at trying to see what it would cost for an overhaul and that estimate came in between $5 and $15 million.

Multiply that by three for all the domes.

All events at the Domes are canceled for the time being.

This includes every wedding scheduled at the domes.

Those connections are wrapped in concrete.

Senator Chris Larson, a Milwaukee County Executive Candidate, held a press conference to discuss the future of the domes.

Larson said there needs to be transparency.