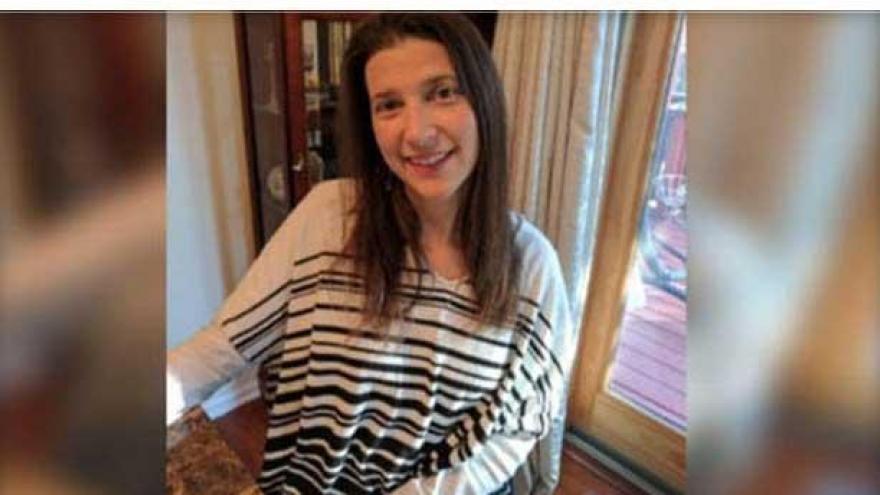 RUSKIN, Fla.(CBS NEWS)  -- A Florida woman who police say was abducted bound and screaming by her estranged husband has been found alive.

A witness tip on Monday led police to the vehicle police were searching for in connection with the abduction of 37-year-old Alisa Summers from a Tampa parking lot Saturday, according to Hillsborough County Sheriff David Gee. Witnesses told Hillsborough County Sheriff’s deputies that they saw a screaming woman - her hands tied behind her back - being forced into her SUV on Saturday night in the parking lot of a pharmacy.

Police had named her estranged husband, Trevor Steven Summers, 39, as the suspect. In a statement, sheriff’s officials said the woman didn’t return from going to visit Trevor Summers to talk about their marriage. They are separated and have injunctions against each other, according to court records.

Police received a tip on Monday that a car matching the description of Alisa Summers’ had been spotted in the Ruskin area, Gee said during a press conference. The tipster followed the car and led police to a home where the woman was later rescued.

“Most of these cases the public paying attention to this is always an important step, and I think this case is no different,” Gee said. “The public being responsive to these alerts helped us out, no question about it.”

Trevor Summers suffered a self-inflicted knife wound that did not appear to be life-threatening, according to the Hillsborough County Sheriff.

Authorities were in the process of interviewing Alisa Summers.

The couple married in 2001. They’re now separated and have five children - ages 3 to 14 - who live with Trevor Summers’ father, sheriff’s officials said.

Trevor Summers pleaded guilty to a wire fraud and conspiracy scheme in Philadelphia federal court last September, according to the Times.

A jury also convicted his co-defendant, another man, on similar charges, according to the paper. It said federal prosecutors accused them of falsely claiming to hold patents on straws that could be printed with safe ink and spending $1 million on machines to print those straws. But officials said it was a scheme to defraud investors out of at least $345,000, according to the report.

Trevor Summers is scheduled for sentencing Wednesday in Philadelphia, the report added.

The Times reported that it was after Summers pleaded guilty that his life in Florida began to unravel.

On Oct. 31 his wife asked a Hillsborough County judge for a domestic violence injunction, but it was dismissed on Nov. 10. A month later she filed for divorce. Court records show Alisa Summers filed for another protective order on Feb. 21. In it she claimed that during a meeting at Trevor Summer’s home to discuss a divorce settlement, he pulled a knife on her, threatened to bind her with duct tape and rope, and held her against her will for several hours. She called 911 and waited on deputies at a gas station, but no arrest was made.

On Feb. 22, he filed for a protective order against his wife, claiming the previous day’s allegations against him were fabricated. He accused her of angrily pushing their 12-year-old son into a corner.

Sheriff’s officials confirmed Alisa Summers called for help Feb. 21. An arrest wasn’t made because all deputies had to go on were the couple’s conflicting statements. The case is still under investigation.

Glaros, the divorce attorney, said he’s surprised to hear that his client would visit her husband because she was so scared of him. In fact, she didn’t attend the injunction hearing because of her fears.

He also said the divorce proceedings were on hold until Summers was sentenced in federal court. He faces up to four years in federal prison.

Hope Lefeber, Summers’ attorney in the federal case, told the Times she was shocked to hear about the latest allegations. If proven true, she said they could impact his federal sentence.

“I know he always wanted to work out his marriage,” she said.

Summers is in custody on initial charges of kidnapping, grand theft auto and violation of a domestic violence injunction, Gee said. He could face more charges based on the woman’s account to investigators.