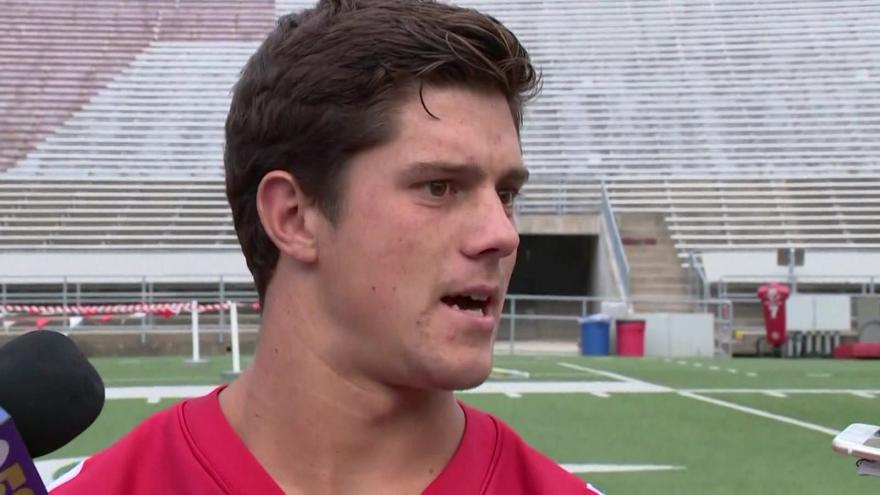 “Alex informed us of his decision to leave the team earlier today,” Chryst said. “He contributed to a lot of our recent success and we want to thank him for all he did for our program. We wish him the best of luck.”

Hornibrook posted on Instagram that he is transferring to a new school to play his last season of college football after graduating in May from the UW School of Business. He will be immediately eligible to play. He said he "would like to thank the University of Wisconsin, the football coaches, the training staff, my teammates and the fans for our great years as a Wisconsin Badger."

Hornibrook went 26-6 in three seasons as a starting quarterback for the Badgers, including a 20-4 record in Big Ten games. His .813 winning percentage is the best of any quarterback in program history. He started nine games as a junior last season, throwing for 1,532 yards and 13 touchdowns.

Hornibrook ranks in a tie for third all-time at Wisconsin in touchdown passes (47), fourth in completion percentage (60.5%) and fifth in passing yards (5,438).

The Badgers have four scholarship quarterbacks left, but only one with significant experience. Junior Jack Coan played five games last year and passed for 515 yards and five touchdowns. Graham Mertz, a four-star freshman, has enrolled early.