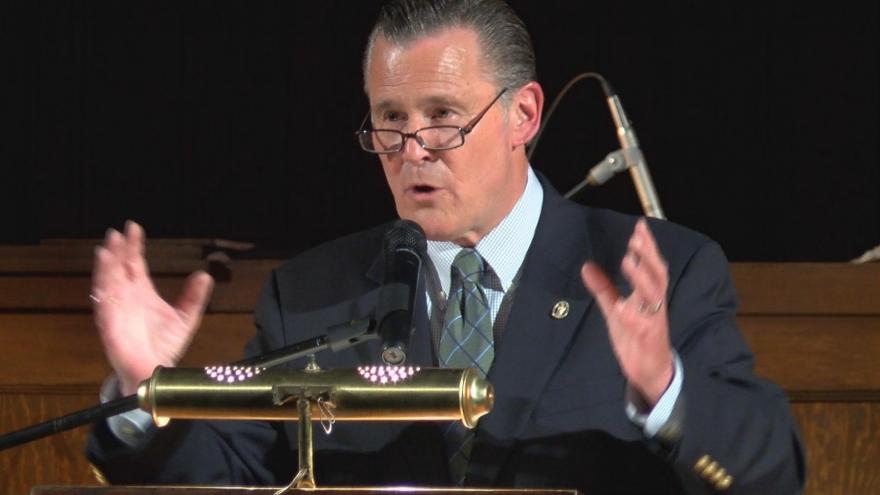 Alderman Donovan and Alderman Borkowski released statements on Tuesday questioning a judge’s decision to keep a 15-year-old in juvenile court.

According to Donovan, prosecutors wanted to send the 15-year-old to adult court because he allegedly stole 22 cars.

Prosecutors allegedly said the teenager’s fingerprints were found on all of the cars.

“And now I have received some shocking and quite disturbing video showing the teen waving a handgun and flashing gang signs. In my opinion, this video – which you can view by going to my city Facebook page (facebook.com/AldermanDonovan) – casts strong doubt about whether this teen is fit for any type of reform or rehabilitation in our broken juvenile justice system. A veteran Milwaukee police officer who viewed the clip called it “scary,” said Donovan in a statement.

The judge refused to waive the teenager into adult court.

According to Donovan, she “did not see clear and convincing evidence that it was necessary.”

“Judge Connolly should ask a few of the victims whether there is any clear and/or convincing evidence to send the young criminal into adult court (where he may FINALLY learn his lesson). What about the safety of the community, Judge Connolly,” questioned Donovan.

\"When a juvenile is involved in at least 22 car theft cases, that should get the swift attention of our judges, right?

Or, when a judge watches a video of that same teen cavalierly waving a gun around, that should spark some concern, right?

Not so much in Milwaukee County.

On Friday (March 31) in Children’s Court, prosecutors sought to waive a 15-year-old Milwaukee boy into adult court after prosecutors threw up their hands and stated – rightly – that what had been tried in punishing the teen in juvenile court simply wasn’t working. Records show the boy had been involved in at least one brazen and extremely dangerous car theft (and who knows if there are others?!) and has been in and out of trouble with the law for years, even disappearing a few times from juvenile authorities, only to be tied to (surprise!) additional car theft cases.

And now a video clip has emerged that clearly shows the teen waving around a handgun and flashing gang signs. Please go to the city Facebook page of my colleague, Alderman Bob Donovan (facebook.com/AldermanDonovan), to view the clip.

Enter Judge Gwendolyn Connolly on Friday, who – after hearing testimony and after watching the same video – denied the adult court waiver request, apparently siding instead with delinquency services and a probation agent. The judge said she saw no “clear and convincing evidence” to send the young actor to adult court.

Judge Connolly is obviously completely out of touch with the victims and our citizenry, and I am asking for her to resign immediately.\"