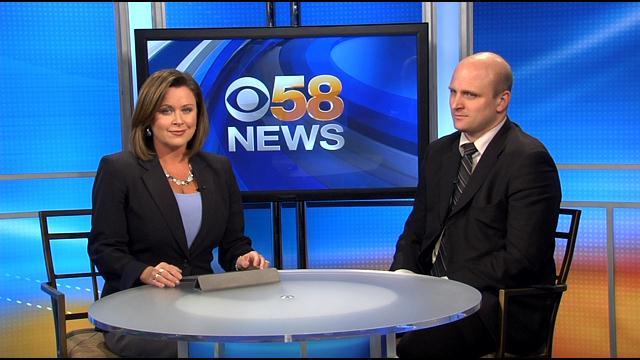 The CBS 58 News at 4 and 4:30 offers us the opportunity to do something that traditional newscasts don't have time for; to go in depth on a topic.

On Tuesday, CBS 58 News anchor Michele McCormack spoke with Alderman Nik Kovac and his continued attempts to get fines for possession of small amounts of marijuana reduced from $250 to $500 down to $5.

\"The way I look it,\" Kovac told Michele McCormack, \"why should you be paying any money for this?\"

Kovac says if a person is walking down the street with a beer in his hand or a bottle of whiskey that's not illegal until you open those containers.

Kovac's proposal which is co-sponsored by Alderman Ashanti Hamilton has been held in committee. He's looking for more support before pushing it for a vote again.

Kovac says when smoked in private, marijuana use is a victimless crime and he doesn't think it's a good use of police resources. But he believes the more dramatic argument for reducing the fines is the racial disparity in enforcing the existing law.

\"More than five times the tickets were issued to blacks than whites even though the data, national and local, shows that white people are just as likely as black people to possess and smoke marijuana,\" said Kovac. \"And yet you're five times more likely to be punished for it if you're black.\"

\"I think there are two ways to answers that question,\" replied Chief Flynn to reporters. \"One, is it's smart not to walk around with marijuana in your pocket. Part two ,is I think it's reasonable for the fine structure of civil forfeiture for marijuana to be structured after the fine for improper use of alcohol. I think we can rationalize the fine structure and make it somewhat equivalent while still send the message that it's not open season for walking around with marijuana in your pocket. While making sure the fees are somewhat equivalent. I think that's about 180 dollars for illegal use or possession of alcohol and smoking in public. Somebody wants to make marijuana in that ballpark, I think that's a reasonable adjustment without making Milwaukee the laughing stock of the area by defacto legalizing it which is where I don't think we want to be.\"

Kovac says he has taken the Chief's advice. He supports leaving the ticket in place if you smoke marijuana in public.

\"But I think we're a laughing stock now if we continue to enforce the law in a disparate way. I know the Chief says the closer we get to zero there's more of a potential for us to be laughed at. But I take this very seriously. I think the closer people look at it they will realize, it is not a good use of police time to be enforcing a victimless crime.\"