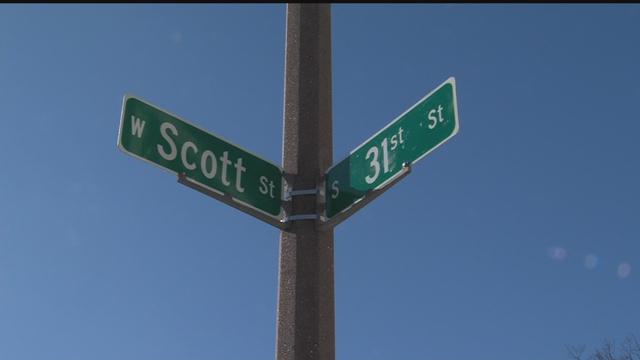 "Outrageous,"  "unacceptable,"  and "out of control" are just a few words Alderman and mayoral candidate Bob Donovan used to explain the number of car thefts in the city of Milwaukee.
Today he asked the mayor and police to re-establish a sense of order.

Donovan says his call to action is because car thefts from December and January are up 57% compared to this time last year.

"I believe this administration owes the community an explanation, and I'm calling upon them today," said Donovan.

At South 31st St. and West Scott St., Donovan had the support of fellow alderman Borkowski.

"People are angry. This community is angry, and they're angry at the legal establishment because you know what? There are no consequences for these thugs, for these punks," said Borkowski.

Donovan explained how neighbors have had to take things into their own hands to prevent car thefts.

Donovan referred to in incident near 31st and Scott where he says neighbors allegedly beat up two minors trying to steal their car, and posted pictures of the alleged attempted thieves on social media.

"I'm disappointed in that, but I understand the level of frustration that's out there," said Donovan.

The Mayor Barrett's office agrees car thefts are a problem.

In a statement released by Barrett's spokesperson says Milwaukee Police are focused on the problem.

The police department is painting a different picture from the mayoral candidate. In an email sent by Captain Mark Stanmeyer he says numbers are nowhere near peak theft years.

"Despite the increases Milwaukee has seen in the past two years, auto theft remains significantly lower than in past years..." said Stanmeyer.

Stanmeyer refers to a chart that tracks auto thefts in Milwaukee since 1967. He points out one of the recent peaks happened in 2006  when Donovan was Chair of the Public Safety Committee for the Milwaukee Common Council.

He called for action from the mayor's office. Donovan hopes Milwaukee Police can hire 200 more officers; he says that's where police staffing was when Chief Flynn arrived in office.

Donovan says hiring 200 officers would be roughly 15 Million dollars for the city, but that the city has a 1.5 Billion dollar  budget. 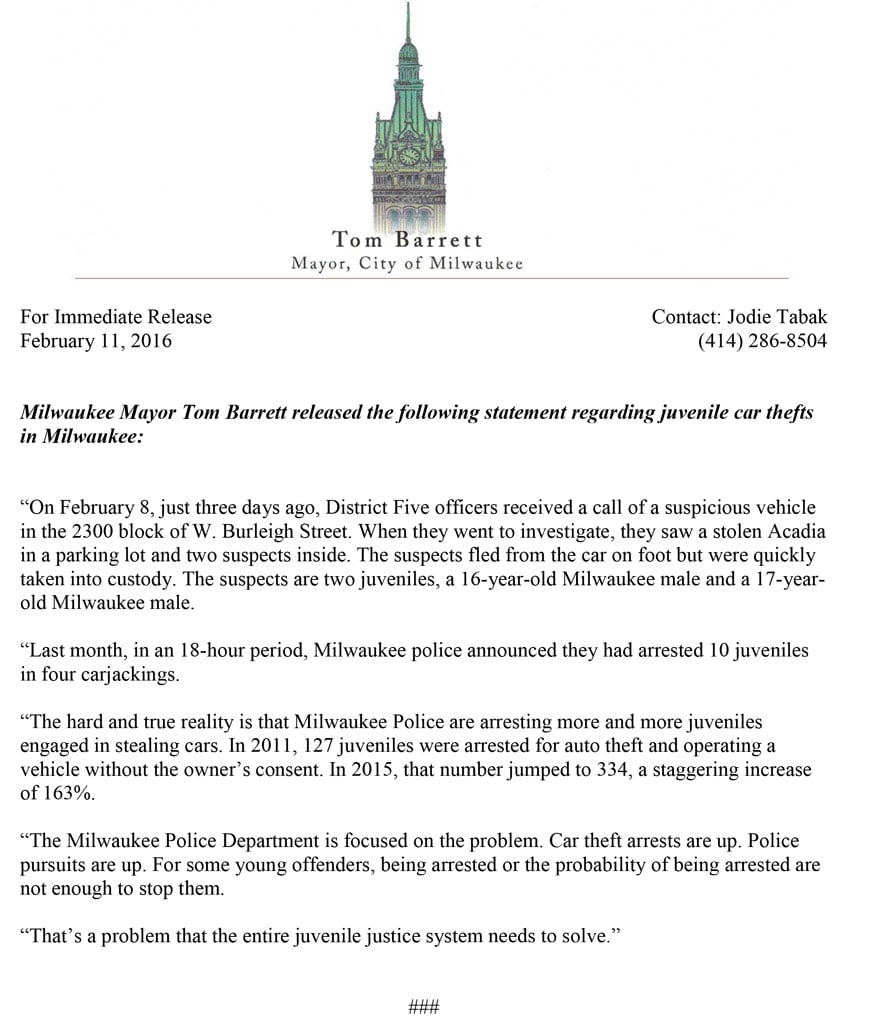