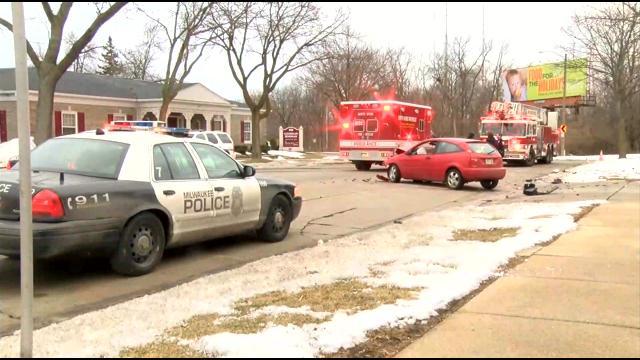 \"My first responsibility is protecting life, the lives of my officer. I've buried officers who were in pursuits”, said Chief Flynn.

As well as five innocent people killed over a two year period, according to the chief.

The new policy doesn't allow an officer to pursuit someone for a non-violent crime.

But Alderman Bob Donovan says it's not working.

\"We're seeing a huge increase in stolen vehicles”, said Alderman Donovan. “The word has simply gotten out there amongst the criminal element, if you run from the police, they're not going to chase.\"

Donovan is running for the city's top job, and known to support the Milwaukee Police Union.

The Alderman sent a letter to Chief Flynn and the Mayor's office asking for the change.

\"We're not going to maintain order in Milwaukee if you handcuff the police”, said Alderman Donovan.

\"If you want to have a hearing about this instead of using press releases, let's go to public safety committee”, said Chief Flynn. “But I would urge him to invite the families of people who have been killed in police pursuits, and ask their opinion on this issue too.\"

\"You have to weigh those consequences over an atmosphere where the bad guys are running the street”, said Alderman Donovan.

Alderman Donovan says so far in 2015, there have been 750 reports where an officer would have pursued a suspected offender under the old policy.